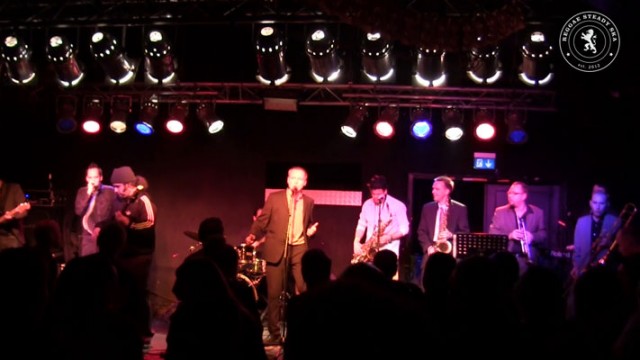 It was a celebration of early Ska music from Germany.

When Skaos from Krumbach in Bavaria visited Cologne on their “3oth Anniversary” tour on November 2nd 2012, The Nicks from Krefeld supported them with a special line up.

For the last part of their set they were joined by Joachim Uerschels on vocals and Martin Stoerkmann on saxophone, two former members of another old German Ska band, The Braces (and one of them miraculously linked to REGGAE STEADY SKA). Skaos and The Braces had gigged together at various festivals in the mid 1980s. Both bands were then asked to appear on the highly successful, first International Ska compilation “Skank – Licensed To Ska” (1988) and took part in the first London International Ska Festival (also 1988).

The set by The Nicks feat. The Braces included the songs “Vitamin U”, “Playing Darts”, “The Designer Song”, “Too True To Be Good” and “Julie, Julie.”