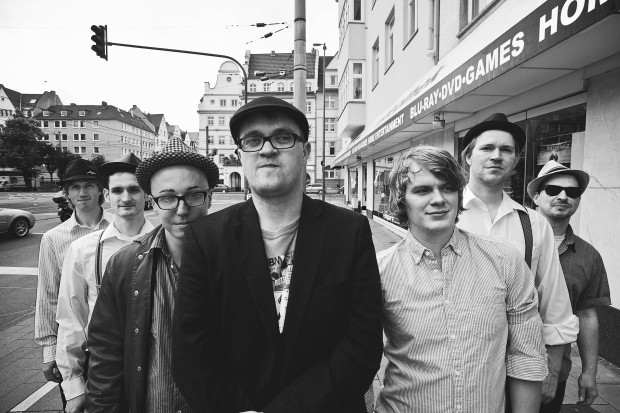 If you don’t know them yet, The Clerks might well be the best Authentic Ska band you have never heard before.

Founded in Cologne at the beginning of the millennium, they have so far released four albums. “Vagabund”, their latest one, garnered rave reviews from RIDDIM magazine (11/2010) and Rolling Stone magazine (11/2010).

In April 2013, they played a set of Studio One classics to a frenzied audience when they opened for producer/DJ-legend Clive Chin (Randy’s) at a club in their hometown.  At the moment they have locked themselves into their studio to work on their new album, which they will present at Freedom Sounds. Rumour has it, the album will feature some very well-known and international guests. At least one of them will play live with them at the festival. All will be revealed here shortly!

In the meantime, check out the cool theme song they produced for the festival together with Joe Scholes:

Here is some more from The Clerks from back in the days.

And live at the Knust/HH