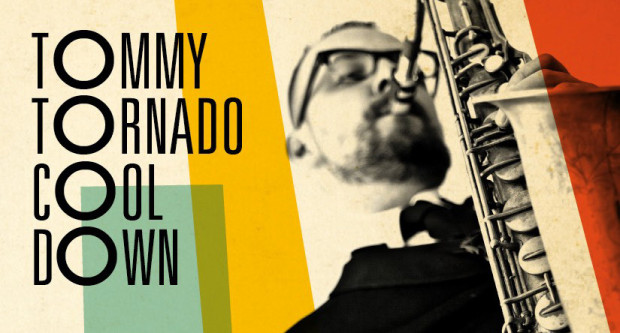 Many of you will know the exceptional Dutch sax player as a long-serving member of Rude Rich & The High Notes. Yet his musical horizon stretches far beyond these fine masters of Trad Ska. As early as in 1997 – as a 17-year old teenager! – he won the Big Boss Jazz Award. At the moment he runs four different bands: Jump Jazz project JZZZZZP, The Soulsnatchers, The Busquitos (Jazz/Jive/Swing) and the Thomas Streutgers/Nol Sicking Jazzkwartett

On stage and in the studio he has lent his saxofon duties to artists like Alton Ellis, Derrick Morgan, Dave Barker, Rico Rodriguez, Winston Francis, Rotterdam Ska Jazz Foundation, the Toasters and the Heptones, but also Big Jay McNeely, Laura Vane & The Vipertones and many more.

Most recently he has released two outstanding solo albums, Sunrise and Cool Down, on which many of the above singers and players guested. The reviews for both records have been euphoric.

For the Freedom Sounds Festival, Tommy will join forces with The Clerks. They will present old, but also brand new material they have been working on together. This promises to be a match made in Jamaican Jazz heaven!