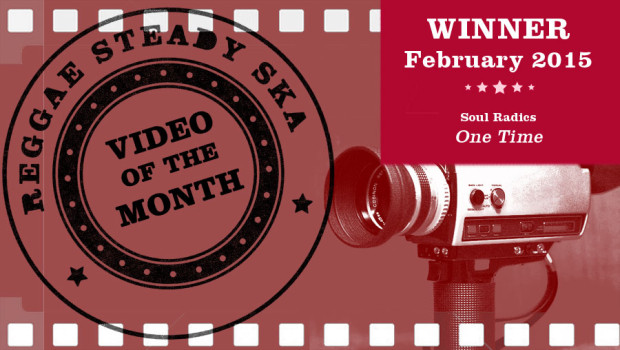 Thanks to everyone who took part in the voting and especially to The Sentimental Moods, Cian Finn, The Ska Vengers, Strike, Moon Hop and The Skints, who also had fab new videos out in February 2015. Congratulations to Soul Radics and their video production team. “One Time” is the Reggae Steady Ska Video Of The Month February 2015.

You can watch all the nominated videos in our original article.

Note: This time, we received some invalid votes. We had to subtract them. We are thankful that the vast majority of voters stick to the rules. Thanks.

Also check the Reggae Steady Ska “Video Of The Year 2015” playlist for an overview on all the recent video releases.