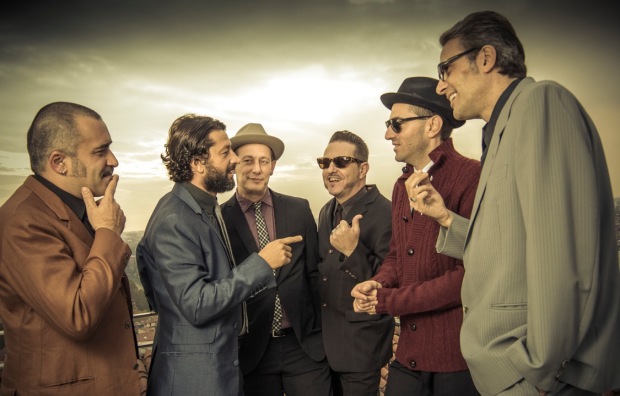 The Bluebeaters have been one of the top Traditional Ska bands coming out of Europe for many years. After some albums on major labels (like V2 and Universal), the band have now teamed up with the stylish retro label Record Kicks from Milan for a wicked release.

The tracks “Toxic (one drop version)” and “Catch That Teardrop” have been mixed for the vinyl edition by Tommaso Colliva (Calibro 35) at Toomi Labs studio in London. Both are cover versions: the well-known “Toxic”, of course comes from Britney Spears, “Catch That Teardrop” is a Northern soul/R&b single originally recorded in 1962 by The Five Royales from Winston-Salem, North Carolina. Two guaranteed floorfillers for smart Ska DJs.

Record Kicks is a Milan based independent record label & music publisher specialized in vintage black sounds with over 100releases under their belt. They’re home to The Liberators, Third Coast Kings, Nick Pride & The Pimptones, The Baker Brothers, Dojo Cuts feat. Roxie Ray and many more.

You can either (pre-)order a limited edition vinyl 7inch (including the digital download of the upcoming album once it is released) or just get a download of the single.

The single will also appear on the Reggae Steady Ska list of “All Vinyl Singles Released in 2014” that serves as the shortlist to the “Vinyl Single Of The Year” polls.