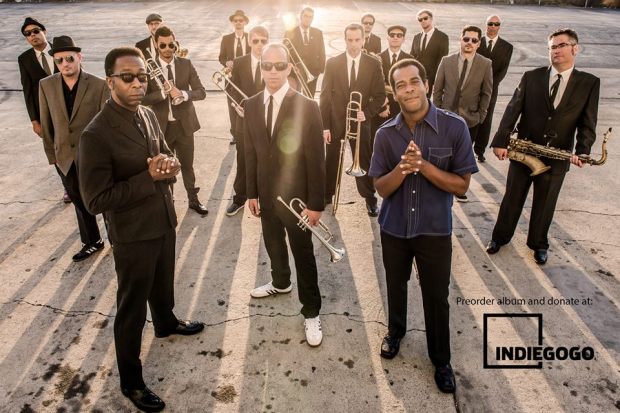 LA’s Western Standard Time are trying to raise $ 18,000 to be able to go into the studio for album #2 and also to take the project onto the road and play live in other parts of the country and even the rest of the world.

As crowd funding projects go, this is quite a daring one. But then Western Standard Time is an extraordinary project. More than 20 musicians from some of the most well-known and loved bands on the scene (and beyond) will assemble in the studio once again at the beginning of the new year. Three years after their speaker-shattering “A Big Band Tribute To The Skatalites”, WST will record their second album. The charts for the second set of songs are ready to be recorded and the studio is booked.

In other words, this is an album you will want to own. If you preorder your copy (vinyl, cd or download) now or sign up for one of the more elaborate rewards, you will not only receive what promises to be one of the key albums of 2015, but also increase your and our chances at seeing Western Standard Time live soon!

The campaign will run until December 31st mark at the time of writing. Go get it here:

Western Standard Time’s 1st album “A Big Band Tribute To The Skatalites” is available at amazon.