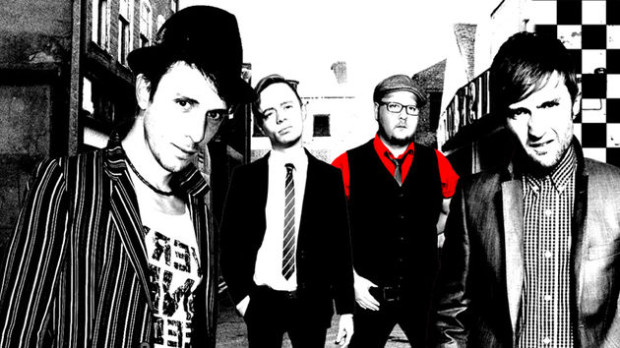 For some years it seemed that the British Ska scene had a serious problem attracting young blood. This was true for both fans and bands.

First came the 2Tone generation, then some Third Wave experts, and nothing much after that. Right? Yeah, but in recent years, a change has come. Did you also see it? The momentum? First tiny, then it’s gotten bigger and bigger. Names like Buster Shuffle & The Skints came up.  And … The Talks. One of those bands that has meaningful things to say also to the younger generation comes from Yorkshire.

With their fresh 2Tone-influenced punky Ska, The Talks got a deal with German top Ska label Grover Records. Grover’s chief Ossi makes sure that The Talks get lots of exposure on festivals, and their second album “Commoners, Peers, Drunks & Thieves” will be released before the end of summer 2014. The visuals that Charlie Hogg did for the video to “Don’t Look Behind You”: just amazing. You shouldn’t miss this. Enjoy.

The video to “Don’t Look Behind You” is also on the Reggae Steady Ska playlist called “Video Of The Year 2014” where we collect all the official music videos from Ska Rocksteady Early Reggae artists. We do this, because we love a good music video and we want to give an overview of all the talent out there. At the end of the year there will also be “Video Of The Year 2014” votings on our website. If you have videos to add, just write a comment, shoot me an email at joachim@reggae-steady-ska.com, or (which would be the coolest thing) fill out the form for video submission that we set up. Also have a look at the playlist of videos from 2013 (in the sidebar). Lots of cool clips from all around the world. I bet you will discover something new.