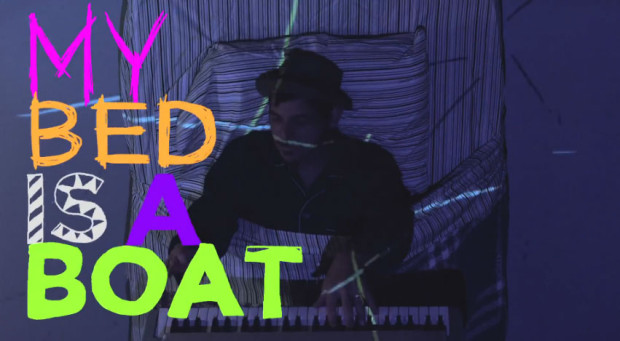 The Slackers from New York City have probably been the most prolific band (live and in the studio) in the Ska game in recent years. You will like to hear that singer/organist Vic Ruggiero and his crew of workaholics are not planning to retire soon. Saxophonist Dave Hillyard recently wrote on The Slackers website that – besides the already busy live schedule – some new arrivals on the merch table are to be expected for the first half of 2014.

These include vinyl EP singles to “My Bed Is A Boat” and double LP versions of “Wasted Days”. A “Lyrics Book and DVD are also in the final stages of production.” More new adventures are planned for the second half of the year, as the statement implies.

If you ever wondered why The Slackers called their music “Jamaican Rock’n’Roll”, just check the clip  to  “My Bed Is A Boat” above and you know why. For the first proper music video in a long time, The Slackers joined forces with Sam Gursky, the film maker who is responsible for the documentary “Brooklyn Rocksteady”, in which in return some members of The Slackers played central parts. You haven’t seen the film already? Do that.

The video to “My Bed Is A Boat” is also on the Reggae Steady Ska playlist called “Video Of The Year 2014” where we collect all the official music videos from Ska Rocksteady Early Reggae artists. We do this, because we love a good music video and to give an overview of all the talent out there. At the end of the year there will also be “Video Of The Year 2014” votings on our website. If you have videos to add, just write a comment, shoot me an email at joachim@reggae-steady-ska.com, or (which would be the coolest thing) fill out the form for video submission that we set up. Also have a look at the playlist of videos from 2013. Lots of cool clips from all around the world. I bet you will discover something new.

Brooklyn RocksteadyDave HillyardSam GurskyThe SlackersVic Ruggiero
Previous ArticleSigned And Unsigned Copies For Free – Your Cup Of Tea? The Album Giveaway 2013Next ArticleAll About The Ska Festivals 2014