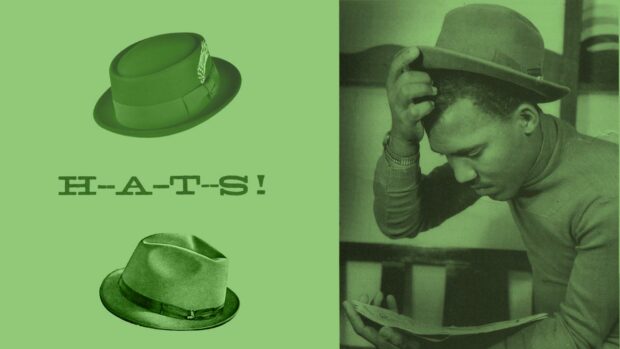 My friends like to joke that I have almost as many hats as my wife has shoes. This is silly. I have far more hats. We’re talking proper hats here, not baseball caps (of which I have zero), fezzes (several), ghutrahs or yarmulkes (one each). And we’re most definitely not talking cowboy hats because, no. 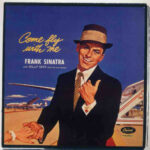 My interest in hats—which sounds so much better than “my irrational, expensive hat obsession”—started when I was eight with Frank Sinatra, specifically, the “Come Fly With Me” album cover. The jet plane, that sense of adventure, Frank’s inviting smile and how he held his mother’s hand when he crossed the street, just like me. And that hat.

It was 1967 when I discovered the album in my parents’ collection, and by then no one was wearing hats anymore. Hats were old-fashioned and, as my sister Helen would say, square. She was old, like 19. She smoked and had a boyfriend with a motorcycle. If she said hats were uncool, they were uncool. 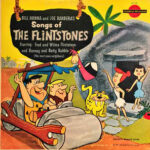 But Frank’s hat was cool—even an 8-year-old could see that. Just look at the album cover! As for the music, well, it was no Flintsones, but it wasn’t horrible.

While my passion for hats was sparked early, it was another dozen years before it ignited. I was in the army and hats were part of the uniform. Wearing one became a habit. I was also deep into 2-Tone, owned a Vespa and ran with some like-minded, ska-loving buddies from the barracks. We put the same attention into our civvies as we did in our dress blues. For me, much more. Which may explain my short and mediocre military career. 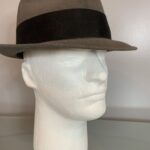 My first proper hat was a well-used, dove-grey, narrow-brim, black-band Towncraft fedora. I loved that hat—still do—but it wasn’t quite the style I was looking for. For my money, the best hat has a low crown, four inches or less, and a short brim that can be turned up, the kind of hat you’d get if a fedora and a porkpie had a lovechild that looked suspiciously like the Tyrolean-wearing postman. You know it as a Trilby.

The name comes from the London stage adaptation of Trilby, a cringe-worthy 1894 novel by George du Maurer in which the vivacious, bohemian heroine, Trilby O’Ferrall, is hypnotized by the evil Svengali (yes, that’s where the name comes from) to become a Paris singing sensation. 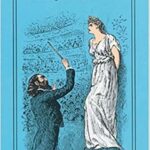 And while things end badly for Trilby—can’t have young girls running off to Paris without a tragic lesson—the hat became a fashion sensation. Well, less a sensation and more a slow-warming, outlying fashion trend. Men’s hats continued on their wide-brim, high-crown ways for another forty years. In the late 50s, however, brims narrowed and crowns lowered and the Trilby became the hat of choice for the mid-century modern man.

It was a popular choice. Politicians, poets, preachers and provocateurs wore Trilbys. So did the biggest names in art and entertainment. 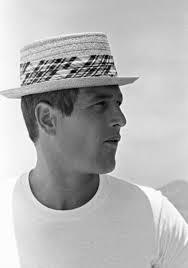 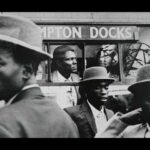 And so did stylish Windrush passengers arriving from Jamaica, Trinidad and other Caribbean islands. The Trilby was everywhere, and then it wasn’t.

By the end of the 60s, most men had stopped wearing hats altogether.

There were very few, very cool exceptions, but in general, hats were relegated to the top shelf of a storage closet or the local thrift shop where they were scooped up by late 70s trendsetting teens.

You know the rest. 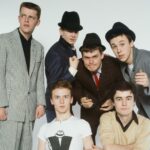 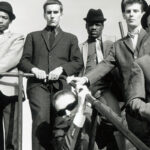 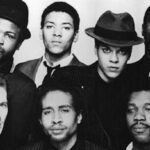 Quality hat shops still sell new Trilbys, and the best may be the one you can get from The Village Hat Shop. The Dekker looks as if it was lifted from an unwatched hatrack at Studio One but is an original, modern creation by Bruce Zales, the London-based designer and co-founder of Village Hats UK Ltd. I reached out to Bruce, who shared the story behind his inspiration: 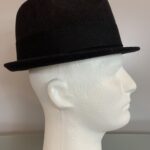 “I discovered Desmond Dekker back in 1989 when I first watched my favourite movie, Drugstore Cowboy, and fell in love with the song Israelites immediately. Shortly after that, I discovered The Harder They Come at our video store when living in Washington, DC, and probably watched it a dozen times in the 9 months I lived there with my crew of friends.

“It took me a while to figure out what I was listening to and how to find more of it (pre-internet obviously). Eventually in 1994, I found two Ska CD compilations at our local Tower Records in Sacramento, California, called Intensified Volume 1 and 2. From that point it was all over. Ska/Rock Steady/Reggae was my dominant musical obsession for decades. I had discovered Bob, Peter, Bunny and Jimmy Cliff in college in the mid 80’s (along with everyone else), and loved them all. But it was the earlier stuff that really got me going. I’m never sure exactly how to tell if something is considered Ska or Reggae etc.., but I can tell you I was—and am still—obsessed with the music coming out pre-’72 approximately—Desmond, The Pioneers, Symarip, Justin Hinds early recordings, The Melodians, The Termites and Toots (and dozens more I cannot recall off the top of my head).” 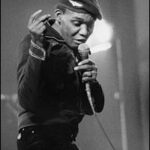 And yes, Bruce knows that Desmond Dekker wore berets, not Trilby’s, but he liked the name. If you design it, you get to name it.

While I own many hats, Bruce Zales’ ska-inspired Dekker gets the most compliments. (Second would be my drinking fez. ) The crown is a tad high IMHO and it’s way too warm to wear on the dog days of summer, but it’s as close to perfection as I’m likely to come. 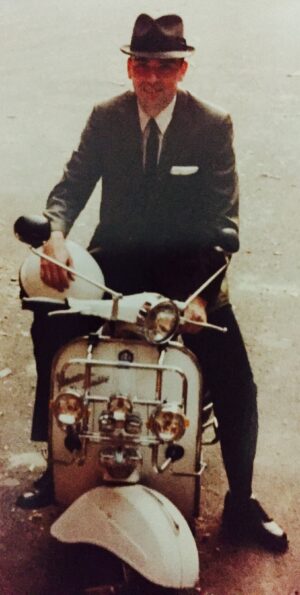 I suppose now I can stop buying new hats, but that’s as likely to happen as me walking out of a vintage record store without a copy of something I already own. In multiple formats.

Which reminds me, I need to find a stylish newsboy-style flat cap that I can keep in the glovebox of my (currently being restored) 1973 German-market-only Rally 180 Vespa.