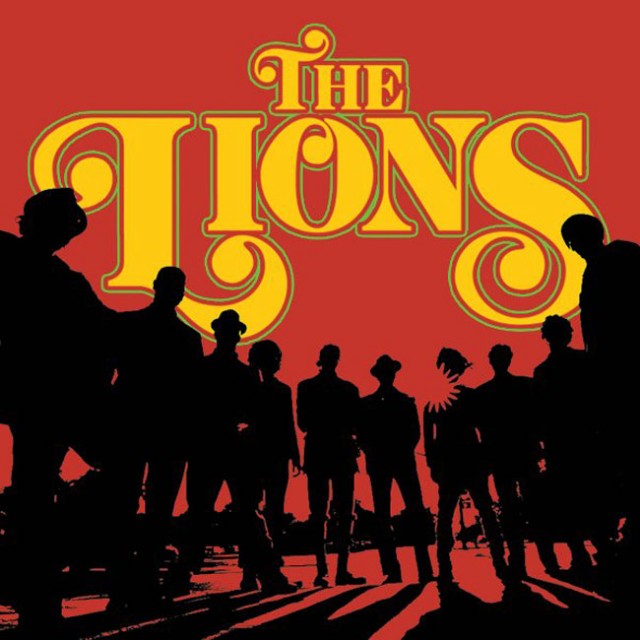 RSS: Do you think you will find a wider audience digging what you do?

Dan Ubick: What I hope happens for The LIONS I see happening with many records that are done organically (from Amy Winehouse and The Dap Kings and Michael Kiwanuka to folks like Willie Nelson and Jimmy Cliff) and are met with critical and commercial acclaim. As a listener and music fan, my body just physically NEEDS to hear music created by singers and musicians that have natural talent and that’s why we put this group together. Our hearts pick up on the stuff that is real and that’s the music that lasts and moves people I think.

Dan Ubick: I’ll leave the “politricks” to the politicians. Our message as The LIONS is clear and yes, many of the guys in the band as individuals occupied L.A. We also befriended Peter Joseph through our drummer Blake. Peter made the Zeitgeist films which I think bring light to so many issues. The Lions will play at his functions any time he asks.

RSS: Some of you guys have played with and backed quite a number of Jamaican legends. Who did you enjoy working with the most?

Dan Ubick: Individually the guys in the band have backed Leonard Dillon, Barrington Levy, Wailing Souls, etc. but as The Lions we’ve been blessed to back up and get to know The Heptones (Leroy Sibbles and Barry Llewellyn R.I.P.), who were just an absolute pleasure to work with. The Heptones were obviously a huge influence on Hepcat, so I think Alex had an out of body experience singing harmony with Barry and Leroy.

RSS: Did you “learn” anything in the process?

Dan Ubick: Well, Leroy was born to entertain a crowd so we learned a ton from him just in terms of how fun a show can be when the band and the crowd interact and give each other energy. Barry was such a gentleman and the joy on his face when the crowd would show him love while singing lead on “Book Of Rules” was something I’ll always remember… the joy music brings people is so powerful and such a gift.

RSS: Who are your greatest musical influences or heroes?

Dan Ubick: There are thousands, of course. As a group, I would say a few we all collectively love are The Specials, The Heptones, The Wailers, The Gladiators, The Mighty Diamonds, Gregory Isaacs, Dennis Brown, Freddie McGregor, Yellowman, Steel Pulse.

RSS: Jungle Struttin’ was a highly original mix of styles. It’s a Reggae record but also draws from Funk, Soul or Blues. Would you say that your sound is a specifically American version of Reggae?

Dan Ubick: I’d say our music is just what it is, the Lions sound. We are Americans (save Shakespeare whose family is obviously Jamaican) who play Reggae music sure, but we all came up in Los Angeles, so we grew up hearing Cumbia, R`n`B, Hip Hop, Jazz, everything. Music is music and we have the utmost respect for all that has come before us in the back and forth of musical inspiration.

RSS: Are there any plans to tour Europe?

Dan Ubick: We are working at it. Watch this space!

RSS: How did you manage to get so many songs onto soundtracks? Is that some kind of LA/Hollywood connection? 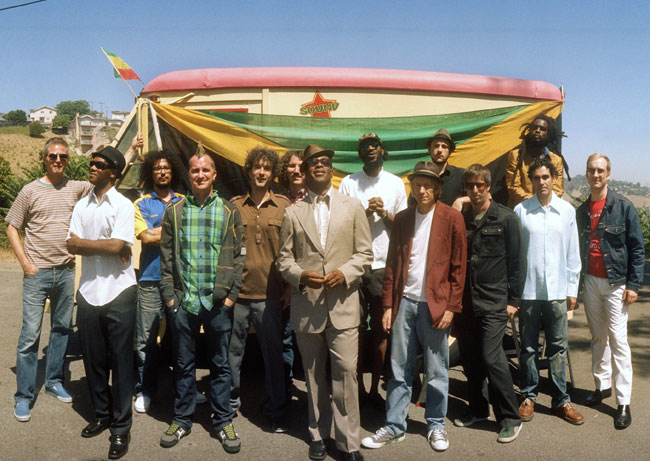 Dan Ubick: Really with everyone downloading music for free these days, third party licensing deals are one of the few ways bands are able to generate income and continue making music. By getting our music into television, film and video games we might actually be able to keep making records.
Those movie placements came through our man Nate Nelson and his company Miserable Beast who worked for Stones Throw up until recently. Bank Robber now represents the band and the label.

RSS: “Let’s go out tonight” from the new album celebrates the joys of going out to a Reggae dance. Is that something you can do in LA, is there a vibrant reggae scene?

Dan Ubick: Oh yeah, huge. L.A.’s Dub Club has been a staple here in Echo Park for years now. We just played there two weeks ago and it was packed! “Let’s Go Out Tonight” definitely had the Dub Club moving! Last year The Lions backed the Heptones there as well.

Every touring JA act has played the Dub Club: The Mighty Diamonds, Freddie McGregor, Damian Marley, Horace Andy, Abyssinians, Yellowman, David Rodigan and so on. Scientist is pretty much the in-house dub mixer if that tells you anything. Packed every Wednesday night, cheap Red Stripe, sweet smells in the air and cool people.

[alert type=”blue”]The Lions’ album “This Generation” is out on Stones Throw in February 2013. Meanwhile, download STONES THROW PODCAST 77, a free 40-minute mix of reggae & dub selections put together by The Lions. A german version of this interview can be found in the current issue of Rocking Steady magazine.[/alert]