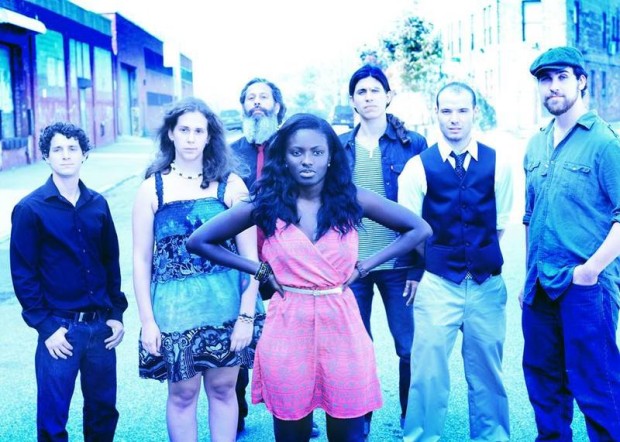 The story of The Big Takeover began when singer NeeNee Rushie moved from her native Jamaica to New Paltz (New York) to go to college in 2007. Not sure, whether she and her band mates did a lot of studying ever since. As of now, the band has accumulated more than 500 shows, most notably opening for The Wailers in Poughkeepsie. The Big Takeover’s mix of rocksteady, roots reggae, ska and then some has also been brought to three albums. The current one is called “Children Of The Rhythm” and was released on 21 January, 2014.
– A fantastic singer that sounds modern and old school at the same time,
– Original sounds and tunes:
What do you want more?