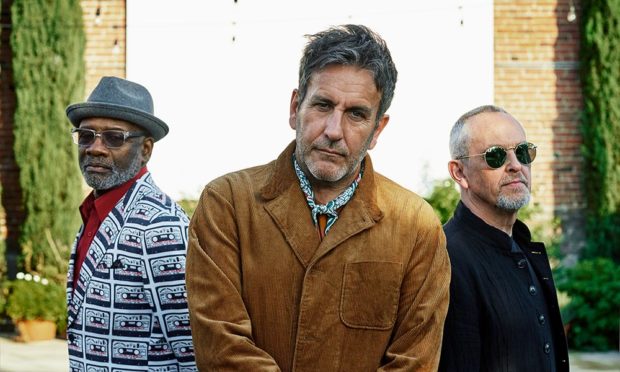 At the end of January, I was given the opportunity to do an interview by phone with Terry Hall for the German reggae magazine RIDDIM. I’m incredibly thankful for that. The people who have known me for some time can imagine. Terry and I talked for half an hour, it is already one of my favourite interviews. The whole thing will be in the next issue of RIDDIM. I recommend you buy it. Here’s a short collection of quotes by Terry Hall.

While reading, listen to Encore on spotify:

1. „Black Skin Blue Eyed Boys.“ – The album stars off with a cover version of this hit by The Equals.

“I’ve got older sisters who had their albums, so I grew up listening to them. After knowing The Equals and growing up in a multi-racial area, being in a multi-racial band felt natural. We were not trying to make a statement.“

2. „Black Lives Matter“ – Lynval’s experiences as a black man in Britain and USA are the topic of the second track.

„Throughout your life you experience many many things. But what happens is that the world feels a lot greyer. In the end, it’s not so clear, it’s not so black and white.“

3. „Vote For Me“ – The first single talks of lost illusions with the political parties.

5. “Breaking Point” – The omnipresence of media is a the center of this tune that has taken musical influences from 1930s Kurt Weill songs.

„What if I got my phone out and did the gig to the phone? It would look very odd.“

6. “Blam Blam Fever” – About gun violence, a cover from The Valentines song, but with a new updated verse.

„When you look to America, you think after each school shooting that will be the turning point, and it isn’t.“

7. “Ten Commandments” – A photograph of Saffyah Khan wearing a Specials T-shirt has become very well-known. Now she speaks on the second single on „Encore“ about sexism.

„It was very similar to when we recorded the first Specials album. We were young kids, and we were given the opportunity to voice our feelings. And that’s what she did.“

8. „Embarrassed By You“ – Lynval’s song about young gangs in Britain today.

„They talk about excuses like poverty and bad areas. The levels of poverty in London are nothing like in Brazil, what kids have to experience in India.“

9. “(The Life And Times Of) A Man Called Depression” –Terry’s spoken-word tune, in which he opens up about his bipolar disposition.

“There are so many people who commit suicide. I’m linked to and patron of a mental health charity, my thing is you must take meds.”

“The bottom line is, respect each other, and love each other. It’s a bit idealistic, but it’s all that there is.”

Get The Specials – Encore, the vinyl now at amazon.

Get The Specials – Encore, the deluxe double cd at amazon.

Get The Specials – Encore, the album cd at amazon.