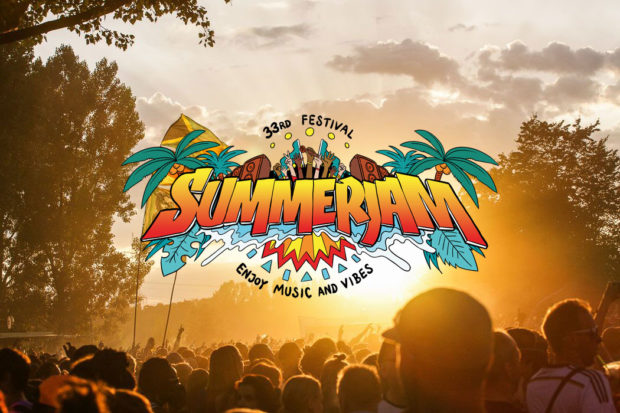 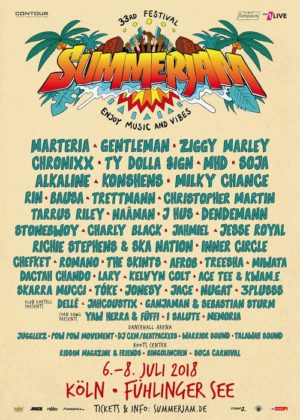 You haven’t got your tickets for Summerjam 2018 already? You can still get them here at Ticketmaster.

If you follow Reggae Steady Ska, then I expect you to love a special kind of reggae music. You want the original sound that has some connection to the early vibes that came from Jamaica in the 1960s and 1970s. Same here.

Today’s reggae sound may or not may not be your choice. Cologne’s Summerjam Festival, one of the biggest in Europe, has all reggae varieties in store. Some of them you will love. Here are three acts I would love to see on the weekend 6-8 July, at Summerjam 2018.

Get the superb album “FM” by The Skints on vinyl (Amazon Affiliate link).

The singer and producer has done a great making today’s Jamaican music without neglecting its roots and culture. Chronixx’s debut album “Chronology” has earned a Grammy nomination a “Best Reggae Album”. With his tune “Majesty” he alludes to the classic “I’ll Be Around” (Otis Gayle/The Spinners).

With “Rebellion Rises”, Ziggy Marley, Bob’s eldest son, has just released his best album so far. If there is one person who holds Bob Marley’s musical torch, then it’s Ziggy. He plays on Saturday, 21:50 on the Red Stage. Watch out.

You haven’t got your tickets for Summerjam 2018 already? You can still get them here at Ticketmaster.