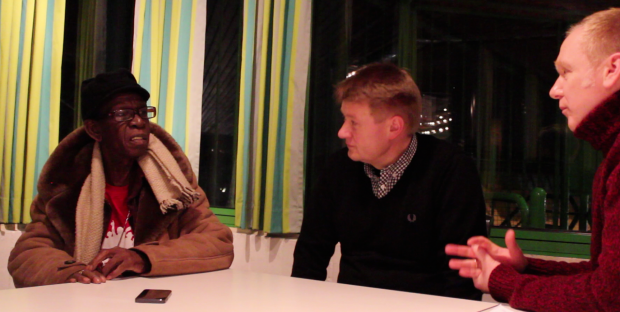 [dropcap]W[/dropcap]hen Pete and I got the chance to do an interview with the Jamaican originator Stranger Cole at the Ruhrpott Ska Explosion festival in early 2013, it was an offer much too good to refuse. In recent years the Jamaican singer and songwriter also gained some fame as the narrator in the film “Rocksteady – The Roots Of Reggae.” It turned out his talk is not only pleasant on film, but also in real life. As a humble person, he answered even our nerdy-est questions with lots of patience and friendliness. Now if you ever wondered, who or what a “Bangarang” is, if you want newbie tips for the beginning Rocksteady player, or if you wondered why Duke Reid always had a gun with him: It’s all here.

RSS: You entered the music business at a school dance, is that right?
Stranger Cole: It was end of the term in school, and my friends used to hear me sing, so they put my name on a list. When I was there, the teacher said: “Wilburn Cole is going to sing.” That’s my real name. I looked around if there were any more Wilburn Coles. And they said: “No, it’s you.” So, I went up and I sang a song called “Tell Me, Darling”, that was originally by Wilfred “Jackie” Edwards. He was one of my favourite artists. And they gave me a clap. And I should sing another song. So I sang another song by Wilfred “Jackie” Edwards, called “I Know”. And at the end of the day they gave me two ice creams. And that is where it started.
RSS: You started earning money right away, then?
Stranger Cole: Yeah, earning ice cream.
RSS: What happened after that?
Stranger Cole: After that my friends encouraged me. They thought I could sing very well. And they said I should try to make a record. My brother was the number one disc jockey for Duke Reid. So I went to Mr. Reid and told him that I would love to sing some songs. He told me he wanted to hear what I have. So I sang a few songs. He selected one called: “In And Out The Window.” But he said I didn’t have the quality like some artists that he had at the time, people like Eric “Monty” Morris.
That’s why he asked me if I could give him the song for Eric “Monty” Morris, and he would put my name on the record as the writer. Well, I said, it’s my first opportunity, so I better take it. And that record went number one. Following that he said, since I can write such a good song, I may have the quality to sing my song. He set up the next recording and wanted me to sing two songs, one with a lady called Patsy, because he thought that I had a voice like Derrick Morgan. And he wanted me to do one by myself. So at that session I wrote: “When You Call My Name” with Patsy, and I did “Rough And Tough” for myself. As a result, I had three number one hits!
RSS: What was it like to be number one in Jamaica at such a young age?
Stranger Cole: It felt really good. I was happy that these things were happening to me. And there were a lot of girls, I was a teenage boy. It was a good moment for me. 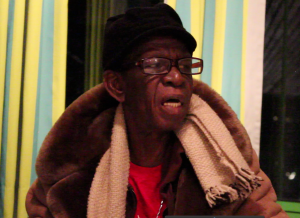 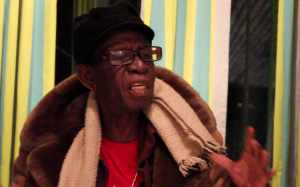 Stranger Cole: It didn’t happen at the first time. But after a while the people that promoted the film thought maybe I would be the right person. And they recruited me in Montreal to do the narration of the movie.
RSS: You do a great job.
Stranger Cole: I thank myself and all of that, you know? [smiles]
RSS: Many famous people met there in a recording studio. It seemed that many of them hadn’t met for many years. Did you keep in touch afterwards?
Stranger Cole: Some of us keep in touch, but not seeing each other for a good period. Many of us live in different parts of the world. Being together was something that was great for all of us.
RSS: Whom of those musicians would you consider close friends?
Stranger Cole: Of course many of them. Derrick Morgan, Skully and Bunnie, Gladstone Anderson, Sly. Quite a few of them live in Jamaica also.
RSS: Do you feel that you get the right kind of recognition in Jamaica as a musician today?
Stranger Cole: Oh, yes, Stranger Cole is a household name in Jamaica. So I think that alone is very good for me. I am known in Jamaica. All the kids grow up on my music.
Speaking of kids, I couldn’t do an interview without mentioning my own son: His name is Squidly Cole. He’s the drummer for the Marleys. He’s been with the Marleys for over 20 years now. He played with Jimmy Cliff, all the Marleys, many big stars. So my son is a professional drummer. And we do a lot of things together.
RSS: Was he here with Stephen Marley this summer?
Stranger Cole: At the moment he is working with Stephen Marley. I can’t do an interview without mentioning my son, because he is a great person. He came up and started to do the things that I loved to do: which is music. So I have to give him a hand anywhere I go.
RSS: So, it’s a good feeling to pass it on. …
Stranger Cole: Yes, for sure. We always say the music is like a relay race. You have to pass on the baton. So, he is the one to take my baton.
RSS: Thanks very much. It was an honour and a pleasure to talk to you.

Find a playlist with an hour of youtube videos that accompany the Stranger Cole article.