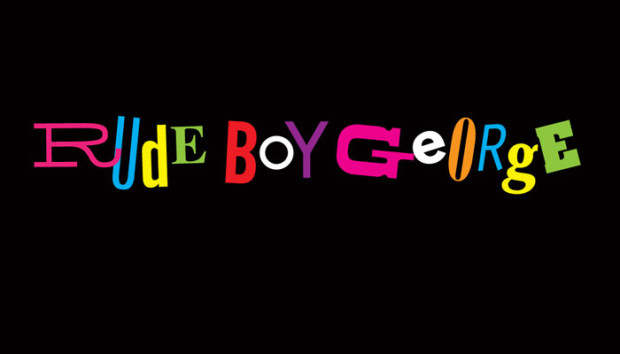 Mixing chart hits from the 1980s with Ska – that is the agenda behind Rude Boy George. Now, wait a minute: Isn’t that something that has been done numerous times lately? Well, not quite.

Other bands like The Valkyrians (Finland, “Punkrocksteady”, 2011), The Orobians (Italy, “Slave To The Riddim”, 2012) and The Slackers (USA, “The Radio”, 2012), have taken old hits and transformed them into their established Ska style, tried to make them their own. At the end, what was left of the original track was often not more than the words and the melody.

Rude Boy George from New York (USA) go another route. They are after a balance between the original and the new version. Everyone in the band has a history in Ska, but synth pop songs from the 80s were also the soundtracks of their earlier days. Today forming a band like Rude Boy George means a chance to integrate those influences that made fellow bloggers Marc Wasserman (“Marco On The Bass”), Stephen Shafer (“Duff Guide To Ska”) and the other band members who they have become. If you hear the airy keyboards and guitar sounds next to the earthy riddims and bass, you know what I mean. This mix makes Rude Boy George unique in the Ska scene today and (by the way) would suit lots of radio stations very well. Another thing that sets Rude Boy George apart are the female/male vocal arrangements. Lead vocals are split between Megg Howe (also of Across The Aisle) and Roger Apollon (also of Bigger Thomas).

In the search of the right producer, Rude Boy George decided on someone who also integrates Ska and 80s Pop in his history: Ex-General Public/Special Beat/English Beat bassist Wayne “Waylo” Lothian. A perfect match. After you’ll have listened to the songs of “Take One”, you will be pleased to hear that more recordings are already being planned. Next time it shall be a physical release. Why not make it a 12’’ Super Sound single?