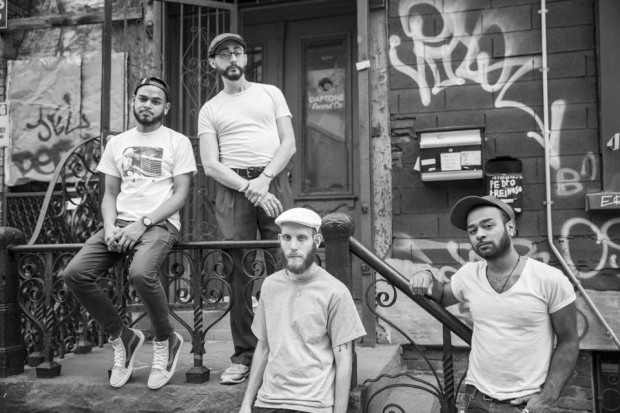 It’s such a tragedy. Even before „Nothing More To Say“, the debut album by The Frightnrs, has been released, it’s clear: There will not be another album by the band. Singer and songwriter Dan Klein died in early 2016, just months after his ALS diagnosis had become public.

At that time the band had already been deep in the recording sessions for the renowned retro label Daptone (Charles Bradley, Sharon Jones). As Dan’s state deteriorated rapidly, some vocals from earlier demo recordings had to be taken for the album.

His death comes as a shock, first of all, of course, to the people close to Dan Klein, his family and friends. But also to the world-wide ska, rocksteady, early reggae community.

The idea behind the project had been so promising. By signing the Frightnrs, the Daptone label had opened up to rocksteady for the first time. The goal with this production was to revive early Jamaican music in the same way the label had done with good old soul music.

The modus operandi: Use loads of care and respect. Producer and arranger Victor Axelrod (a.k.a. Ticklah), a man who can look back on recordings for Amy Whinehouse and Sharon Jones as well as the production of the „Dub Side Of The Moon“, took care.

The result is mind-blowing. Some might say, the album sounds like the sixties soul pioneers The Delfonics on reggae. The tunes pay tribute to classic rocksteady, but come with new twists. At times it is a tiny rhythm change, a subtle dub part, or some never-heard vocal harmonies.

Dan Klein’s falsetto is at the centre of it all, shining, as if he was a younger relative of Horace Andy, less relaxed, but with a huge urgency in his words. It seems every song is about good-byes, about lost love. The album leaves you in a melancholic, not just for the music. Rest in power, Dan Klein.