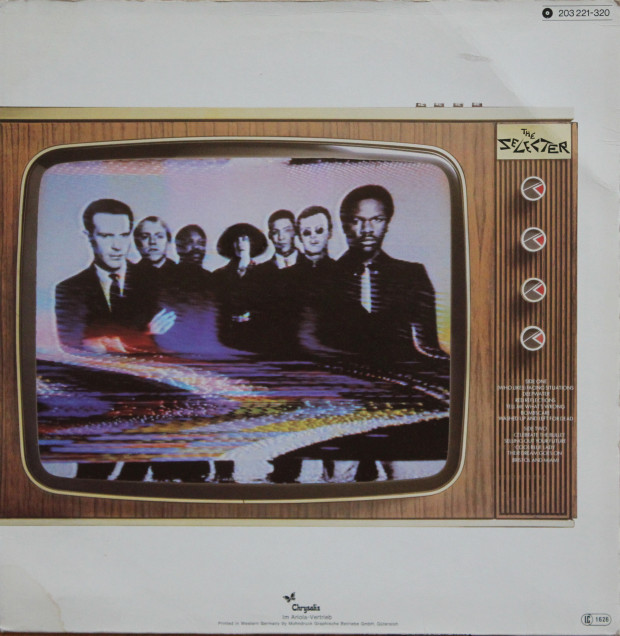 This is the 4th and final part of a longer interview with the fabulous Pauline Black of The Selecter. Go back to part one, part two or part three here, if you like, or just carry on.

RSS: How did you see the emergence of the Third Wave of Ska music in the late 1980s and early 1990s?
Pauline Black: Well, we went out and toured in the 1990s with different incarnations of the band. Sometimes with Gaps Hendrickson, sometimes with Neol Davies. There were various configurations of the band. We went to America, we were involved with Third Wave Ska bands there. We also went to Germany where there were many young Ska bands. It was an underground movement then. And The Skatalites played, when most of them were still alive. So you had three generations of Ska bands. Sometimes they would be on the same bill, which was wonderful. The Skatalites from the first wave, we played shows with Prince Buster in America, with The Skatalites, and bands from the third wave Ska movement. And those guys are still around. The Toasters were part of that. Even if Bucket says he wasn’t (laughs). And there were a lot of people on the west coast who started Ska bands. We did a lot of touring on the west coast with them. I think that’s great. What could be better than to see this whole kind of genesis of something which started back in the 50s and continually changes and taking new shapes? And that’s still happening now.

What could be better than to see this whole kind of genesis of something which started back in the 50s and continually changes and taking new shapes? And that’s still happening now.

RSS: Talking about playing live: In “Black By Design” you said that your Ska friends didn’t care to see you in the theaters. How was it the other way round?

It was pretty much the same. When you mention the word Ska to people, many think of Skinheads, rowdies, being right wing or stuff like that. But that’s rubbish that was picked up by the media. I’ve probably met more right-wing people in the theatre than I have at a Ska gig. But nonetheless, I did a play in Ireland, and some Irish Skinheads who I’ve known for a long long time turned up to see Bertolt Brecht’s play. It was probably a bit of a mystery to them. But nonetheless they sat all the way through it.

I’ve probably met more right-wing people in the theatre than I have at a Ska gig.

RSS: I loved the story about Nick Welsh sitting in your theatre play and not behaving properly. It must have been painful, but to read it afterwards is quite entertaining.

It was a bit painful at the time, but that was Nick being Nick. We love him for it.

RSS: You have seen generations of Ska musicians come and go. Are there any tips for young Ska bands you’d like to share?

Pauline: My advice to them would be: Get out and do as many live shows as you actually can, and get your songs so honed that you know what you want and what you’re talking about before you get into the studio. And be very, very conscious of who you pick as a producer. That they are actually bringing to the table. And not just bullshit. The music business has bounds of bullshitters. People who can talk themselves up, without ever ever being able to do the job they’ve been hired to do. And never go with your best mate, because they’re not necessarily the person who understands you the best. Or understands what needs to be done.

RSS: You talked about theatre actors, publishing fields highly praising them. Would you say that people in the music business can learn from them in terms of how they work.

Pauline Black: If I hadn’t been able to I disciplined myself working in the theatre, I wouldn’t be able to bring musically and creatively to The Selecter the things that I can bring to it now. When you’re young, you really don’t know how things work. The business side is a slight mystery. And managers always wish to keep it a mystery. It’s difficult, it’s always a steep learning curve. But the one thing that I think you need to bring to anything is some degree of discipline. You don’t go on stage drunk, you don’t do loads of drugs. Because you’re working. When you’re there, you’re working. And people pay their money to come and see a show, to see a band that they love. And you owe it to them to be able to get on stage and be the best that you can on that particular day. And certainly working in the theatre and working in a collaborative way on a script and knowing that you can’t forget your lines, because if you do forget your lines then you will really mess somebody else up. And not just that person but a whole of other people as well. You learn to work within a team, which The Selecter really does these days. You bring the best out of everybody. And obviously then you perform the best that you can.

RSS: There used to be a program on MTV called “Bands Reunited”. In one episode they tried to bring back together The Beat in their original lineup for just one gig. It didn’t happen, because Andy Cox and David Steele didn’t open the doors to the TV team and didn’t respond to any calls. If Bands Reunited would try to do the same thing with the original lineup of The Selecter: Could that be more successful? Just for one show?

It would never be possible to get back the original line up for one show,. Desmond, the keyboard player is ill, and he wouldn’t be in any fit state to be able to perform. It’s very very unlikely. Many many years later things move on, people have different lives, some people manage to get over things better than others. I don’t tend to look back. How many people actually work with the people who they started to work with? If you’re still doing new things. And you’re still creatively managing to feel you’Re moving something along then that is the best thing to do. I take John Lydon for instance. John Lydon has a sort of revolving door as far as the members of PIL are concerned. And has always done that through all of his life. He is very very firm in what he wants to say and how he wants to say it. And one can spend an awful long time in being relatively. acrimonious to one each other, from the old days. It’s better just to move on.

I have more fun on stage with the people I’m working with. Particularly with Gaps Hendrickson.

I have more fun on stage with the people I’m working with. Particularly with Gaps Hendrickson. It’s just wonderful to see how everybody including me has grown over past three years that we’ve been together. And everything’s been moving on, and everyone excited about what we will be doing. That to me is a far better situation than trying to recreate something that one did when one was in one’s youth. But you haven’t really got over the problems you had back then. I don’t really wish to rehash all those things. There are some bands out there I know that probably in the similar position that are still trying to do that. It’s better to just let it go.

You just read the fourth and final part of the Reggae Steady Ska interview with Pauline Black of The Selecter. You can go back to part 1 and part 2 and part three.  Or go on to pick up Pauline’s autobiography “Black By Design” and the current album “String Theory”. See you tomorrow with part 4.