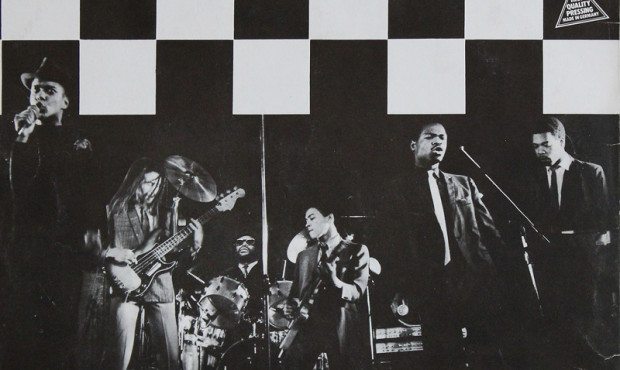 This is part 3 of a longer interview with Pauline Black of The Selecter. Go back to part one and part two here, if you like, or just carry on. The next question alludes to incidents on the legendary 2Tone tour in 1980 that had the potential to be challenging to a marital status. For the details, read “Black By Design”.

RSS: How did your husband Terry react to the autobiography? He must be a cool guy.

Pauline Black: Yeah, he is. Which is probably the reason why he is married to me for so long. It’s forty years now. That possibly has something to do with it. We have a very good relationship. A lot of people when they get together, wish their partner to become like them. And you wish them to become like you.

RSS: What happened to the millions of Rude Boys and Rude Girls after 1981, when bands like The Specials, The Selecter, Madness and The Beat either stopped playing or abandoned Ska? Did the trend to move on just come from the media and labels? Or did it come from the bands?

I think it is a little bit of all those things. When you’re young you’re very tribal. You’re very into the thing that you’re doing. When you live long enough you realise that musical movements come and musical movements go. We occupied a very short period of time between Punk and the New Romantics.

When The Specials reformed in 2008,  … a lot of those old Rude Boys and Rude Girls came up, bought slightly bigger sizes, in their Levi’s and Fred Perrys and carried on where they left off. They celebrated that reunion.

Underpinning all of that was there was an enormous change in terms of instrumentation. The synthesizers turned up. What used to take seven people to make a noise, now took only a couple people. People were much more in the studio, that’s the trend which has gone on, when you get into Rave, House and those kind of things.

What happened to Rude Girls and Rude Boys, was especially the same thing that happened to Punks, or people of Bowie’s generation. They got older. As you get older your taste sometimes changes. You experiment more. And some of these experimentations might or might not be understood by people. Or they don’t want to know. But music is cyclical, and usually 20 years or 30 years down the road someone has picked up on the fact: “I remember that.” When The Specials reformed in 2008, it was very much: “Yes, Ska music, we remember that.” And so a lot of those old Rude Boys and Rude Girls came up, bought slightly bigger sizes, in their Levi’s and Fred Perrys and carried on where they left off. They celebrated that reunion.

But I think that people forget bands like the Bad Manners and even The Selecter as well during the 1990s and the English Beat in America. We still flew the flag, we still carried on, and we put out new albums. And we still talked about all things 2Tone. But it was a lot less people were listening than they are now.

[On the comeback Of The Specials]

RSS: It was great to see so many people celebrating the reunion of The Specials.

Pauline Black: Absolutely. The Specials are an iconic band. Jerry Dammers wrote some fantastic songs, which have stood the test of time, and are as relevant today as they were then. And the thing about 2Tone was, we all brought so much energy to the stage. And even now that we’re older I think we still bring as much energy. Maybe not compared to what we did back then. But definitely compared to many other bands that are much younger. It’s much easier to bring energy to the stage if you believe in what you’re saying. When the thing that you’re talking about is an idea that is bigger than your own lousy ego. And I feel that 2Tone does that. It was a light that shone so brightly during that very short span of time. Two years, three years. When we were all together. Nonetheless it is still a reference. An awful lot of people had their opinions changed or challenged. They found out that their best mate were now black. This is great. And this happened because they went to shows.

Jerry Dammers wrote some fantastic songs, which have stood the test of time …

The time when you’re between 12 and 18 it encapsulates what you develop into as a human being. So you take all that with you into your relationships, your first child, your this your that. That’s a wonderful thing. The people want to come together and enjoy that again. They feel that they’re doing that, those problems haven’t gone away. You still have racism, you still have sexism.

This is part 3 of the Reggae Steady Ska interview with Pauline Black of The Selecter. You can go back to part 1 and part 2. Or go on to pick up Pauline’s autobiography “Black By Design” and the current album “String Theory”. See you tomorrow with part 4.