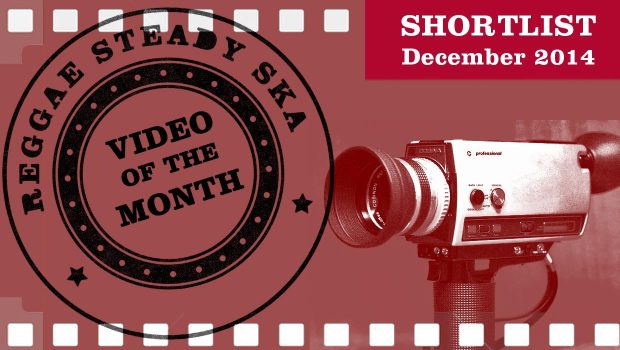 Even though the year-end polls took up a lot of time and attention, we didn’t forget the Video Of The Month December 2014 poll. Here are the nominations!

Deadline for voting is 10:00 pm, Sunday, 18 January, 2015 (Central European Time). The winner will be featured on the Reggae Steady Ska homepage for the rest of the month. Happy voting. Also check the Reggae Steady Ska “Video Of The Year 2014” playlist for an overview on all the recent video releases.