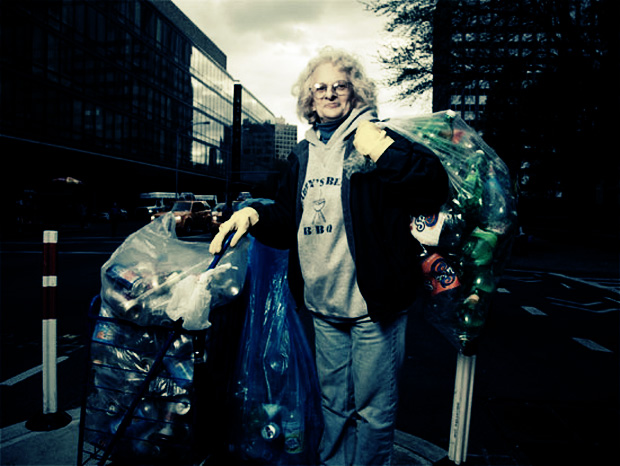 [dropcap]A[/dropcap]nd the winner is … hopefully “Redemption”, when the prizes in the “Best Short Documentary” category will be given at the Academy Awards on February 24th 2013. Why? Because it is a film with an important topic. AND it features a tune by the New York Ska Jazz Ensemble.

It is great to know that in spite of all the pushing and shoving at the Academy Awards, there are still some films (long and short) to be found that are not backed by the commercial big streaming networks. It is even greater to find out that one of the nominated films features a song from our friends, the New York Ska Jazz Ensemble. “Arachnid” from the album ‘Get This‘ has been included in the short documentary “Redemption” directed by Jon Alpert and Matthew O’Neill. The documentary tells the stories of people in New York who collect cans and PET bottles for a living and then redeem them for money.

In October 2012, we were fortunate enough to chat with the great “Rocksteady” Freddie himself, the legendary leader of the Ska Jazz pioneer band, when NYSJE were in town (Mexico City). We talked about several things, including the inspiration he took from his mother (he still does) and the love he has for Jazz and Jamaican music. We also chatted about a song from a south region of Mexico (Frenesí), and how he ended up recording it in a studio. We learned about the obstacles he had to overcome through the years in order to wave the flag of Ska Jazz music around the globe. And Freddie told us how much he still enjoys performing and how he learns every day from playing live.

It was really fascinating to feel the passion while listening to him describing his work, and witness how they not only put their hearts into the live performances, but also into rehearsals. We managed to catch a private session from NYSJE and assure it can easily be mistaken as part of the recording of a live album. I bet the neighbours in the next house thought they were listening to a a hectic concert. Later on they rocked the house down.

From Tune To Film

Until today there hasn’t been too much in the news about the inclusion of the song “Arachnid” in the documentary. When we talked to Freddie, the film was about to premierie at the popular TV station HBO. We learned that Freddie was surprised by the fact they had chosen his song. He had no idea how it had come to the producer`s ears: “You never know how it is that these things happen, but thank God they do”, he said. This is more than welcome, especially in an age of the music industry that is marked by hardships. Musicians who have cover the costs of their album recordings, which makes it extremely difficult to convince fellow musicians to record at all.

The investment turns into a profit, once the albums reach the public and the work is recognized over the stage by the fans. “You always get much more from the fans.” “It makes you feel it was all worth it.” It can only help if your music becomes part of such a big film. It’s the second time that a documentary by Jon Alpert receives an Oscar nomination, let’s see what the result is. Further listening: Find Get This by the New York Ska Jazz Ensemble at Amazon.

Domingo Muñoz
Domingo Munoz aka "El Sunday" lives in Mexico City where he has been able to see most of his musical heroes live (including Madness). He was bred on the seminal Mexican Radio Show Radio Skandalo, to which he contributes nowadays. He hopes the Mexican Ska scene will become bigger and bigger.