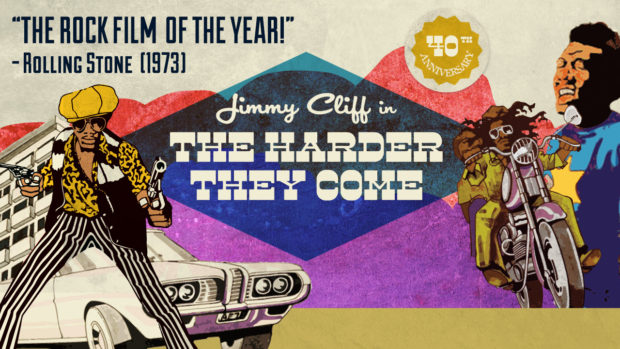 We love it, when the Reggae Steady Ska readers write about how they got into ska music. Here is El Desdichado’s story. He prefers to stay anonymous, which we respect of course. Only so much. He lives in Connecticut, US. He is in his 50s and works as an interpreter English/Spanish. He loves roots reggae and has a blog. Here we go.

My introduction to Ska came by way of Reggae and Rocksteady. “Ska” for me means second-wave bands from England in the late 70s-80s: Specials, Selecter, (English) Beat, Madness etc. I became aware later of the originators of the sound, those bands from Jamaica in the late-50’s through 60’s who pioneered and refined Ska.

I had heard skanking music before in a few pop songs such as Paul Simon’s “Mother and Child Reunion”, J. Geils’ “Give It To Me”, and 10CC’s “Dreadlock Holiday”. But the real point of entry into appreciating Two-Tone Ska came from the “The Harder They Come” soundtrack. Sometime in 1975 my mother said she had seen an interesting movie about Jamaican music. She is not much of a music fan, and belongs to the 50’s generation, but somehow the film’s soundtrack made an impression on her. She bought the album. I don’t think she listened to it much, however—but I did.

By now, Eric Clapton’s pale version of “I Shot the Sheriff” was being played on commercial radio in the U.S a lot, and unknown singer Bob Marley had a song called “Rastaman Vibration”, heard a lot on the airwaves as well. My friends and I pondered the strange message of Rastaman Vibration while skateboarding after school; we were 7th graders and none of us had any clue what the Jamaican guy with weird hair and accent was talking about.

In the midst of the bicentennial summer, my family up and I moved to live in East Africa due to my father’s job. During our years in Kenya, the only Reggae music available was the “The Harder They Come” soundtrack album. I listened to it over and over, wondering about the odd patois English and the strange grammar, but enjoying it more and more, especially “Sweet and Dandy” by Toots and the Maytals. Ironically, few in East Africa were listening to Roots Reggae in 1976. Disco from Europe and America along with African pop ruled the Nairobi airwaves. Dreadlocks were reviled and officially discouraged by the government there at that time, and the only dreads ever seen were on beggars and psychotic street people’s heads.

When I returned to the U.S in 1978, my old friends all listened to BMW, especially Babylon by Bus. Punk rock came into the picture then, followed by New Wave with some reggae crossover; the Clash’s (White Man) in Hammersmith Palais has a clumsy skank to it, Elvis Costello, Graham Parker and Joe Jackson had reggae songs in their repertoire. I began to like Reggae and listened to a wider variety of bands. I tuned in to listen to the Rockers show on 88.9 WERS from Emerson College every night during my last year of high school. I came to appreciate the variety of Reggae music.

One day in 1980, I dropped in on an old childhood friend from the neighborhood I had grown up in near Boston. When he came to the door, there was a blast of music from within. It was like nothing I had ever heard. He had the volume up quite high. It sounded like Reggae, but on steroids, sped up to a manic pace; yet it still had the One-drop skanking beat going on. It was a totally new sound to me and I could not place it. It sounded really good. It was probably The Beat doing “Twist and Crawl”.

Second-wave ska was there long before it found me in 1981. Someone at my college bought the record Dance Craze and the music on that album induced us to start wearing highwater pants with bright red socks and shine our thrift-store shoes to shiny black. The ska craze lasted for most of Freshman year. I saw the English Beat live soon after that. As the Specials, Selecter and Beat released their subsequent albums the craze died down, but I still love that first Specials album. The original battered vinyl record is languishing in my closet even now, a holy relic of stupid youth. My love of second-wave Ska helped me to go back in time and appreciate Desmond Dekker, Rock-steady, and the Skatalites. Most of this was due to an Album called Intensified.

I am aware of third-wave Ska, and have heard a lot of nondescript “Ska/Punk” bands, but that music has never had the appeal for me that Two-Tone has. I do appreciate the revivalists of authentic Jamaican sound, and I even like some 90’s spin offs like Sublime, No Doubt and the Supertones but I may simply be old for that cohort. Third-wave Ska sounds too hybrid to me. They get a skank going and then ruin it with fuzz guitars or rap monologs in silly sounding hoarse voices. The horns and the guitars don’t mesh for me. A lot of it sounds juvenile in my opinion— and at least one other person sees exactly as I see it:

Most importantly I think those bands ultimately really tarnished the image of the scene. Nowadays ska is widely considered a joke genre, a clownish cartoonish farce. A music exclusively for middle school boys. Which is a shame, because in its 50+ year existence there has been some amazing music come out of this genre. There are still hundreds of bands around the world making great ska music, but most people are never going to give them a chance because they hear the label ska and instantly think of buffoonish kids in plaid sneakers, with checkered pants and fedoras playing rock music with out of tune horns.

I listen to Two-Tone music now and wonder why I was so caught up in it for a year or two. It is good music, don’t get me wrong, but it’s fairly basic dance music. The powerful draw of Ska to me in the 80’s was a combination of several factors: the rebellious energy of the late teen years, the Two-Tone anti-racism message, and the cool retro style. An important aspect of all this is that it was completely separate from and at odds with the reigning pop culture of the day. It was not at all promoted by major media. There was also the Anglophile edge it had due to the fact that the bands were British, and that appealed to some American youth. There are pockets of Ska subculture all over the world since then. It was and is a tribal subculture. And some are still doing that scene very well indeed, skanking INTENSIFIED stylee ! 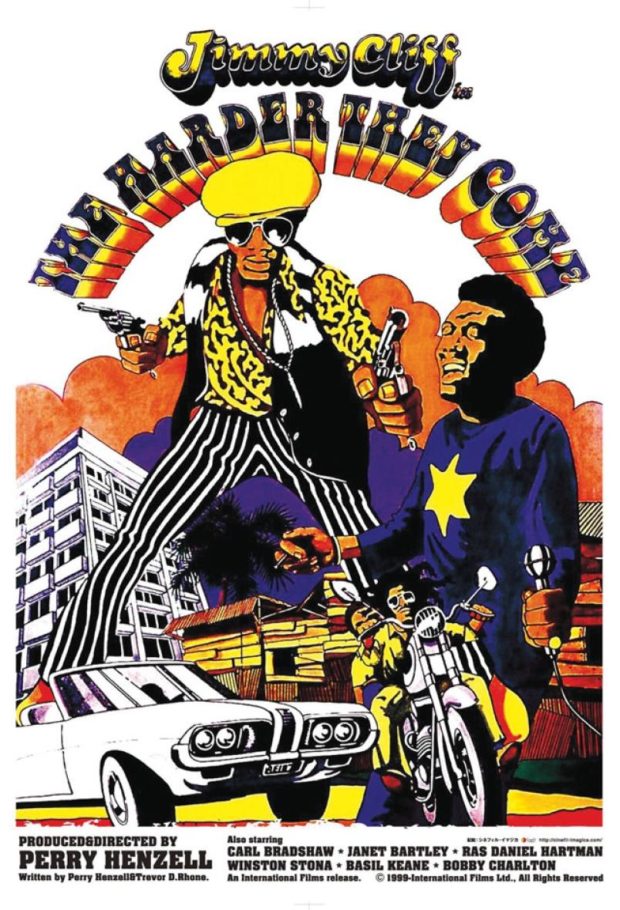 —-
Some recommended releases from this post:
The Specials – The Specials, 40the Anniversary 2LP
The Harder They Come (2DVD)
Intensified Compilation
Bob Marley – Biography – So Much Things To Say
—-
If you would like to share your ska story, let us know at: joachim@reggae-steady-ska.com. We can’t wait to hear it.
—
Full disclosure: As an Amazon Associate I earn from qualifying purchases.
Bob MarleyJimmy CliffThe ClashThe SpecialsToots & The Maytals
Previous ArticleHot Mic 07: Radio PirataNext ArticleUnder the Clock: a Two-Tone Novel