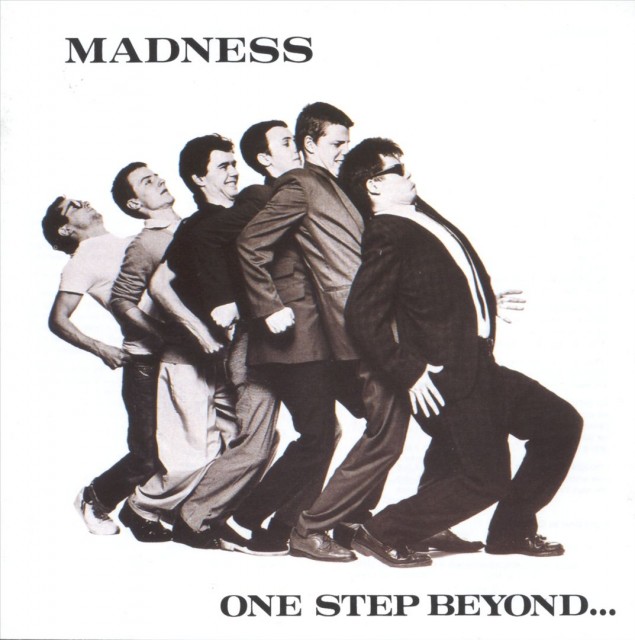 [dropcap]T[/dropcap]wo things made 1979 a very special year to me as a 15 year-old: “Quadrophenia” was shown in the cinemas for the first time. And the music of Madness came into my life.

Before that time I had been just a regular teen in the middle-sized city of Braunschweig in Germany. I used to listen to bands like ELO, AC/DC und such. No, wait, there was more. I listened to Bob Marley and Peter Tosh. My big brothers introduced me to the good ol’ Beat music from the 6T’s and not to forget my first encounters Punk and New Wave.

With the film “Quadrophenia” the world of the Mods appeared on my horizon, with all its ups and downs. And the album “One Step Beyond” connected me to the Ska sound and Skinhead culture. These notions have stuck with me to this day.

When I heard the first notes of Madness at a party, I thought like my mates that Madness were playing “white fast Reggae”. The newspapers said so, too. But soon I learned better, when I watched a two-part music special on German television about New Wave. The show was called “British Rock” if I remember correctly.

All the bands that I began to love were featured there: The Jam, Secret Affair, The Selecter, The Specials and… Madness. I also learned that the Ska sound came from and that Ska was actually older than Reggae. I realised that this wicked music had been there since the 6T’s, and that some of the best songs from Madness were cover versions. But that didn’t matter, because the album „One Step Beyond“ as well as the whole 2Tone era had gotten hold of me. It’s a time I don’t want to miss.

I remember the Mod Meeting 1984 in Ingolstadt (Bavaria), when everyone including me was chanting “Chipmunks Are Go!” These are moments that I will never forget.

[alert type=”blue”]This post is part of the Madness Album Series at REGGAE STEADY SKA. To celebrate the arrival of Madness’ tenth studio album “Oui Oui, Si Si, Ja Ja, Da Da”, we asked Madness lovers from around the world for their personal tales on Madness and their albums. For an overview on all the texts from this series, please go here.  “One Step Beyond”, the band’s first album, was released in 1979.
[/alert]

Siggi
With his monthly newsletter “Intensified” (with Antje Winzer, sent by mail in the late 1980s) and as a founder of the Dance Craze Society (organising Ska shows), Siggi Seidel played a role in the development of the German Ska scene that cannot be overstated. Today he us still active with his bi-weekly radio show “Bluebeat In My Soul” and organises Hipshaker parties.