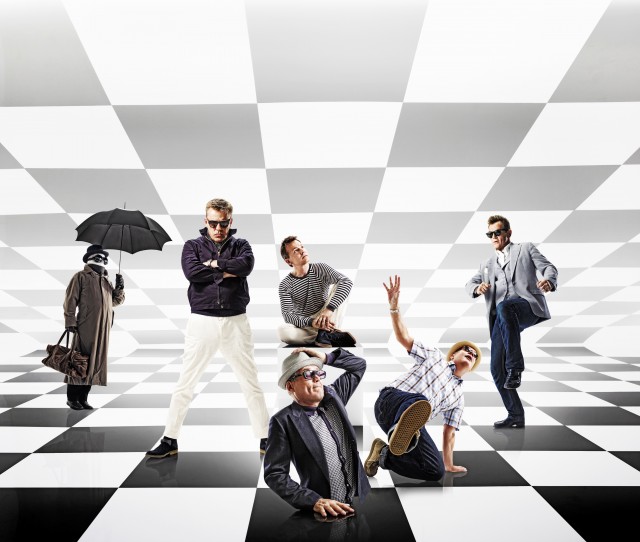 It has just been revealed that the title will be “Oui Oui Si Si Ja Ja Da Da”. Try and google that! Apparently the title and the cover mock the desperate attempts of fans guessing at what the record might be called – or the desperate attempts of the band finding the right title. The unusual cover containing a list of dismissed titles was created by Sir Peter Blake, the artist behind the iconic “Sgt. Pepper’s Lonely Hearts Club Band” album cover. Blake was also a close friend and art mentor to the late Ian Dury.


If the original artwork and the first song to be released for a free download, “Death Of A Rudeboy” are anything to go by, “Oui Oui…” promises to be different and ambitious. This is further underlined by the fact that for the very first time the band did not have Clive Langer and Alan Winstanley produce the whole album, but worked together with a variety of different producers. There have even been rumours of a Mariachi band being used on one track.

Whatever the result will sound like, it is quite an achievement for the band to still release new music that really matters to their fans, especially when you compare them to their former peers of The Specials who have been playing the same set for the past four years now, without a trace of a new song in sight.

Fresh from performing on top of Buckingham Palace at the Queen’s Diamond Jubilee concert and at the closing ceremony of the Olympics, Madness take to the road and play a string of dates in Germany, the Netherlands, Ireland and Britain, culminating at London’s massive O2 venue on 22nd December.

If you want to win tickets to see the band live in Düsseldorf on 26th October, try your luck at: https://reggae-steady-ska.com/koeln/