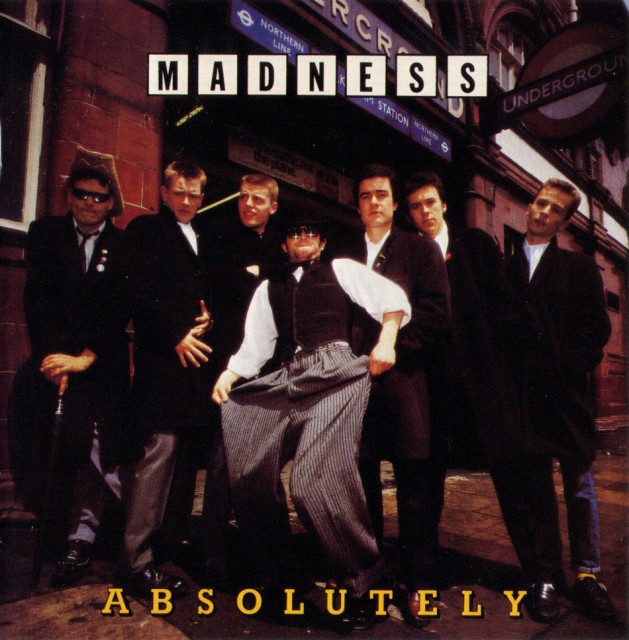 by Caplis and Horacio  of Desorden Publico

[dropcap]S[/dropcap]urely was “Absolutely” the first SKA album that I held in my life. It was the early years of the 80’s and in a country like Venezuela everything from outside came to us with a long delay: Movies, Fashion, Magazines, Books, Music, albums …

Punk, New Wave, Dark, the 2 Tone, the Post Modern Rock, Post Punk, New Romantic, New Cool, the Rockabilly revival … All we fell like a huge avalanche did not know how to contain.

I was in my 16 years and three years before I had finished my collection of LP’s of Disco Music for giving a radical change to the Heavy Metal (very popular in South America), but after a few years of active membership I went obstinated of the so repeated formules and so ridiculous stereotypes in that culture and I ended up opening my mind and appetite for new musical proposals and new ways to live the life.

Punk was definitely the main trigger, but at the huge range of options that were deployed following the advent of new subcultures,was the SKA the gender that caught me forever!

The year may have been 1982 when I was just going out to be a super fan of bands like Saxon, ACDC or Van Halen, it is logical that at first hearing, did not understand at all an album like “Absolutely”, so my first reaction was the rejection of the unknown .. Of course, it crossed my mind that stupid vision of a classic SKA Rocker to hear and compare it with the “circus music” with the fate that now my new friends were more inclined to sounds of the New Wave, Punk and 2 Tone to the Rock and the “fever” for those new bands of my brother and the insistence of one of my best musical friends was the main help to my new conversion.

But I have to give credit to SPECIALS, whose version of “Rudy, a Message to You” made the final exorcism in my tastes. That 1st LP from the Coventry´s septet was my magic key to fall in love with SKA forever and once digested, understood and got hooked with this music, I remember how wonderful it was to hear “Absolutely” with my ears and mind trained. Then I could fully appreciate songs like “Take it or leave it” with its load of melancholy and mystery, “Shadow of Fear”, the very adult and exquisite “The Return of the Palmas 7”, the amusing “Baggy Trousers” and ” On the Beat Pete “and wallow in pleasure with my old favorites:” Embarrassment “,” Disappear “and” In the Rain “.

Shortly after their third album: “7” would become my favorite record of them, and both Madness and Specials, my two favorite SKA bands in life.
It has been 30 years of those albums and even today remain a constant source of inspiration for me and DESORDEN PÚBLICO.

see the cover of Madness Absolutely and only extraordinary memories come to mind. “Embarrassment”, “Baggy Trousers”, “Take It Or Leave It”, “The Return Of The LosPalmas 7” … I listened to that album so many times, so when I just read the names of those songs I made a complete mental review, and it pleased my body and soul.

But that record was more than great music. It was an album that, along with other jewelry from the 2-Tone years, marked an era in the history of indelible pop culture and of course in the history of our lives.

Imagíne us, teenagers from Latin America seeing Madness with those looks so cool and attitudes at the door of an enigmatic and distant London Underground station … From our tropical climate, with another language, another story and another idiosyncrasy, with inheritance and economies as different

… And the truth is that despite many differences, the music managed to grow in us, because we were inspired by Madness.

In conclusion, it was and will always be this disc: a jewel “absolutely” inspiring.

This post is part of the Madness Album Series at REGGAE STEADY SKA. To celebrate the arrival of Madness’ tenth studio album “Oui Oui, Si Si, Ja Ja, Da Da”, we asked Madness lovers from around the world for their personal tales on Madness and their albums. For an overview on all the texts from this series, please go here.  “Absolutely”, the band’s second album, was released in 1980 and included the singles “Baggy Trousers” and “Embarrassment” . Would you like to share your memories in the comments?

Desorden Publico
Ska band Desorden Publico from Venezuela have been together since the late 1980s.  They are the most popular Ska bands ever to come from Latin America. Their last album "Los Contrarios" also received the title "Album Of The Year 2011" at REGGAE STEADY SKA's  predecessor: joescholes.com