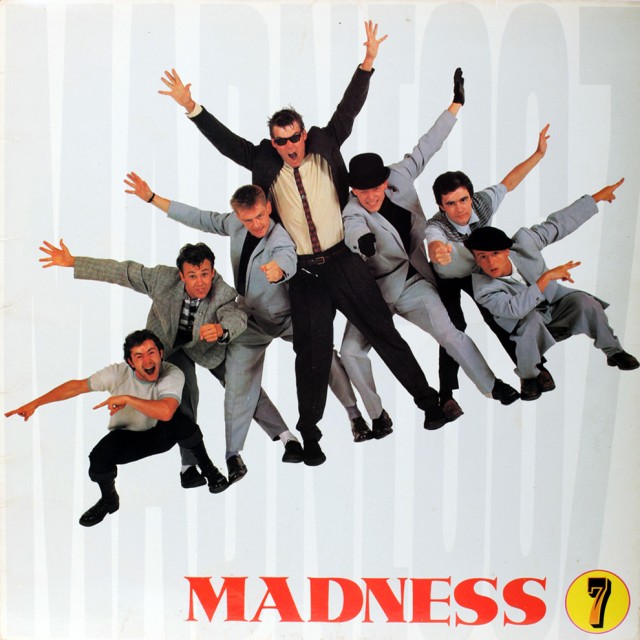 [dropcap]I[/dropcap]t has always been hard for me to choose my favourite Madness album, as I like them all, but it was “7” that showed the change in style after their first two ska enthused releases.

I remember buying the album in Woolworths with my pocket money, then rushing back home to play it on my stereo. In 1981, I was only nine years old, but I immediately noticed the change in direction of sound, and to this day, I still state that Shut Up is one of the finest pop songs that has ever been written.

I grew up listening to Madness, and if I am being honest, they influenced me in many ways, and I seem to remember growing my hair and trying to be more sensible when they moved away from the skinhead scene, and it was the release of 7 that showed what they were to become, which is the greatest band of all time’.

This post is part of the Madness Album Series at REGGAE STEADY SKA. To celebrate the arrival of Madness’ tenth studio album “Oui Oui, Si Si, Ja Ja, Da Da”, we asked Madness lovers from around the world for their personal tales on Madness and their albums. For an overview on all the texts from this series, please go here.  “7”, the band’s third album, was released in 1981 including the singles “Grey Day” and “Cardiac Arrest”. Would you like to share your memories in the comments?

Dell
Either with his Ska band The G Men, or as organizer for bands like Bad Manners, The Dualers and Too Many Crooks in Germany, Christopher Wardell from Darlington, England has constantly been involved in diverse Ska matters for many years. He had also been involved with the Potsdam Ska Festival for the last years, and works alongside Hermann from The Reduit in Mainz booking British bands.