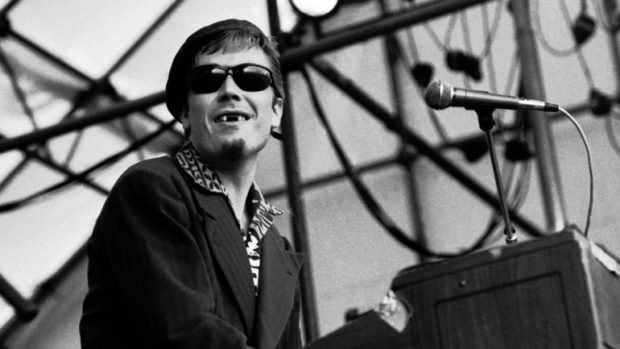 Jerry Dammers, born on May 22, 1955 in Ootacamund, Tamil Nadu, South India, and his band The Specials changed the lives of a whole generation of young people in the UK and beyond. By bringing together fun and politics, they reached the hearts of millions. Jerry Dammers was the mastermind and one of the main songwriters of the band.

In 1979, the first album “The Specials” was released on their own label 2Tone Records. 1981 the band split after the release of their first number one-single “Ghost Town”.

Dammers carried on with The Specials A.K.A., writing the song “Free Nelson Mandela” about the jailed African National Congress leader in South Africa in 1985, which went to No 8. in the UK Single Charts.

When The Specials reformed in 2009, Jerry Dammers was not part of the lineup. There are different accounts about the reasons. Jerry said he was kicked out of the band, whereas the remaining members declared that they would have loved him to join.

Today, Dammers regularly DJs and sometimes performs with his band, The Spatial AKA Orchestra, playing his own compositions and tributes to Sun Ra and other experimental jazz artists.

2ToneThe SpecialsTwo Tone
Previous ArticleDiggin’ the scene with a gangsta lean –  Prince Fatty and Earl 16 roll up in an R&B classicNext ArticleThe Royal Treatment: King Zepha grants us an audience