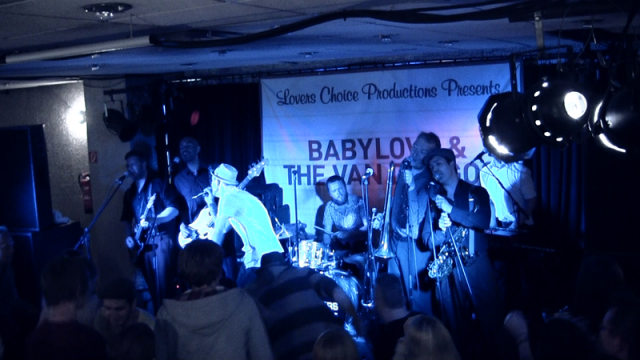 If you ask die-hard Ska fans at Internet forums like ska-talk.org about their favourite band, a lot of times the answer will be: Babylove & The Van Dangos. The guys from Denmark have reached a status of deep respect by producing three albums of high quality music that pay tribute to the Jamaican roots and move on with great songs free of Ska clichees. Singer Daniel’s smooth vocals influenced by anything from Blues to Hip Hop are another factor in the band’s success.

Babylove & The Van Dangos are set to release their fourth album Let It Come, Let It Go

The following interview was done when Babylove & The Van Dangos were on tour in Germany in May 2011. Only small snippets have been published before, in a video report at Joe Scholes TV. The whole text will be made available in 4-5 parts over the next weeks here at reggae-steady-ska.com. Part 1 is centered around something that has come up in the song “Still Out There” from the band’s third album The Money & the Time (aff. link)

: hidden racism in an officially Democratic and open society. In the coming parts singer Daniel and drummer Mikkel talk about the band’s history, the albums, their encounters with producer Victor Rice and singer Doreen Shaffer.

RSS: This might be a bit off-topic, but there was some controversy about Danish film maker Lars Von Trier’s remarks (allegedly empathetic towards Hitler) at a press conference at the Film Festival in Cannes (in May 2011). In France they caused a major scandal. I was wondering how it was received in Denmark and what you think about the matter?

Mikkel: First of all everyone is used to Lars Von Trier making a scandal everywhere he goes. 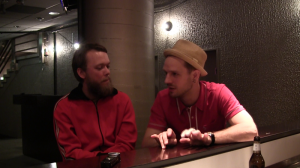 RSS: Did you think he wanted to make a scandal up?

Daniel: In some way everyone in Denmark knows that’s the way he works. But although I would never say those words that he used, I understand that, … when you are sitting there and everyone expects you to do the right things, …. you are supposed talk a bit about your movie, you say how wonderful all the actors were, … the urge to say something totally wrong can be sooo big. Still, I think he shouldn’t have used these words.

Daniel: This is so easy to exploit. No one thinks that he did this in any way to promote racism. He’s like an idiot in a bar. He can say anything. He can even say: „I’m gonna go home and kill my wife.“ „Yeah, whatever.“

Mikkel: I’ve seen the clip on youtube. He is really trying to explain in the interview that he is not a racist. He knows he is moving on dangerous ground. These shots all around him. When people hear the interview they hear the word „Hitler.“ And then all the focus is on that.

Daniel: Even though I think it was stupid and wrong it’s funny how all the media put all the focus on that. While they don’t stop other people who actually who have [racist] views, but who hide them. People who are working in politics and who say they work for a democracy. Who are hidden, basically racist in our country. Instead of trying to find them the media put all the focus on the village idiot.

RSS: Isn’t that what the song „Still Out There“ is about?

Daniel: The song’s lyrics are also about how it was in the 80s. I was really young in the 80s. There was a big Neo-Nazi movement in my hometown. It was our common enemy. The good thing was, the Nazis were so easy to spot. The clothes they wore showed their views. The real skinhead movement hated the Nazis, because they took their symbols. But in some respects it was good at that point of time because it was easy to see who was the enemy.

One day there was one of the biggest Nazi rallyes in my hometown. Not an organised Antifa group stood against it. But just people, from the oldest people to teenagers, who spontaneously chased everybody out.

A beautiful picture was taken that day (see the picture here at the photographer’s website). It was awarded “Photo Of The Century”. It showed one of my friend’s grandmother. There is a tall skinhead, a Nazi-guy with a Swedish flag. And she’s behind him with her hand bag. And the picture is taken just before she hits him in the head with the handbag. And she looks really aggressive.

So, in some ways that’s the difference. It was easy to spot the views back then. It is harder now, they are getting more clever and mixing with the real politicians.

RSS: This was a story from your youth in Sweden. So, when did you come to Denmark? … Read more in part 2 of the big Babylove & The Van Dangos interview on April 8th 2012.