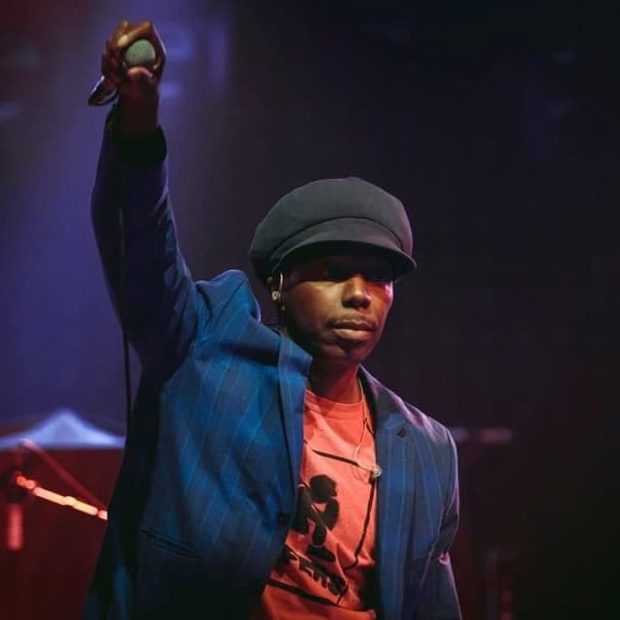 Writing a song is easy. Writing a song that combines infectious riffs with sharp, insightful lyrics that stay relevant 20 years on? Well now, that’s a different story. The kind of story with a hero like Coolie Ranx. Whether it’s crafted songs or spur-of-the-moment toasting, Coolie Ranx knows what to say. A founding member of Pilfers, Coolie spent time with The Toasters and has jumped in—on stage and in the studio—with numerous other ska, punk, reggae and hip-hop bands. My pal Adam Smith got tired of waiting to see his favorite band in his hometown. So he played promoter, moved his invisible hand and booked a Pilfers show himself. In the spirit of full disclosure, Some Ska Band—my little contribution to the local ska scene—will be opening that show with El Grande sandwiched between. That opening slot gave Adam and me the opening we needed to set up a quick Q&A with Coolie Ranx..

RSS: Take us back to your roots. When did you first start playing music?

I started music as a child in London. I went to a boarding school, formally being trained on violin and the recorder. Michael Hall in Sussex England a Steiner Waldorf School. I was almost eight years old when I was brought to America and I found music and art again in the form of FM radio, then hip hop, then reggae music, pop and then ska.

What is your first memory of ska?

My memory is my grandfather dancing it in the kitchen. To be honest, I never knew anything about ska other than reggae. This modern-day ska, I was introduced to it by The Toasters. The draw was the philosophy of Two Tone Music. I only entered this world via a dare by someone who was seeking to be my manager due to my love of eclectic music. She may have called it ska, but to me it was just reggae. I never made a distinction until I joined The Toasters in `89. I had been singing dancehall in clubs in New York, New Jersey and Pennsylvania, just getting out on sound systems and opening shows for major reggae acts coming into town. I had just returned from singing in the UK when The Toasters were introduced to me `89 after their two frontmen left the band [Sean ‘Cavo’ Dinsmore and Lionel ‘Nene’ Bernard, who went on to form Unity 2.] I’m always hesitant, skeptical and apprehensive about performing with other bands. I go on reluctantly, never really knowing why I am being asked. But once I get there, I have loads of fun with it and the message gets out.

Your self-titled 1998 release featured a strong dose of political and social commentary that was just as relevant then as it is today. It’s freakishly prophetic.

I write with my spirit, so prophecy is just letting go and being conscious of your surroundings. They say that in this world there’s nothing new under the sun. All I did was write what I saw. Nothing has changed in as many years since then till now.

Talk a bit about your writing and recording style. Do they simmer for years or do they come to you in a flash of inspiration?

Ok first off, songs don’t take years for me. Songs are like breathing and thinking effortlessly naturally. If I am true to what I say all falls into place.

Let’s jump ahead to the title track from your 2015 release, “From Far.” That song tells us where you’ve been—where do you see the band going from here?

That’s a good question. I am pausing Pilfers to reconvene next year to start my solo projects. Oh yes, oh yes—cooking up some new food! Lots of island, flavored with NY twists.

How does your solo work differ from what you do with The Pilfers? Do you have a different approach to the music, a different direction you want to go?

I believe it’s best to have the listener describe my solo [work] when it comes out. Best I keep that to myself for now until it’s released. As far as Pilfers goes, I remain the same person—it wouldn’t be a bad assumption that it has a familiar theme.

What are you listening to now, what’s on your playlist?

I don’t have a playlist really I randomly listen to other artists. I am always working on my craft too honestly. I feel as though everyday is for me to conquer my flaws, of which I have loads. I replay my mistakes and see why they happened and what could I have done to make it better. I listened to loads of artists when I was growing up. What I gathered from them was be yourself. It is so easy to listen to artists today and you can tell who they all listen to. I get excited when I hear a voice a style I’ve never heard. Maybe not even be a hit or what everyone is listening to, just different

I am a dreamer; I live in a different world and get pulled out of it by mankind. I could sing all day, sit and look at the sky, walk in nature, drink water at the lake, throw rocks on the water and watch it skip. But I live in a concrete jungle.