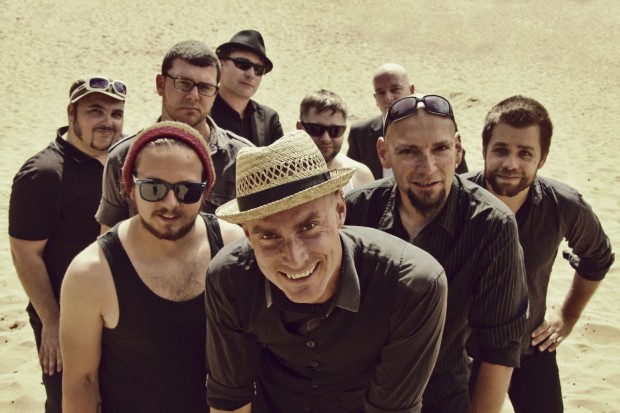 Just a few days before they will jump on the plane to Brazil, we caught up with the guys from German band Yellow Cap. With their still hot album “Pleasure” in the luggage and the support of the Goethe Institut on the back, this trip from Europe to Latin America tells a lot about how to make a dream come true. Thanks go out to Larry for answering the questions.

Yellow Cap will be flying to Brazil and touring there for two weeks. Congratulations. How did you make that happen (again)?
There was a lot of work necessary in advance indeed… It all started with the friendship of our singer Kay and the Brazilian Cultural Manager Fred Furtado, that is our manager in Brazil now. They found out, that they can work together very well and so they started to work on the tour.
After the first tour being quite successful, it was easier to get the next tour together and also the tour now. But still, it is a lot of work, and it ?s totally worth it !

You already went to Brazil a few years ago. Which pictures come to your mind when you think about the time there?
Well, there are tons of pictures crossing our minds, when we think about Brazil… And we get very emotional about our time in Brazil. We were overwhelmed by the hospitality, by the love people have for other people and for music and how important music is in their daily lives. We met great people and we ?ve had a great time there! 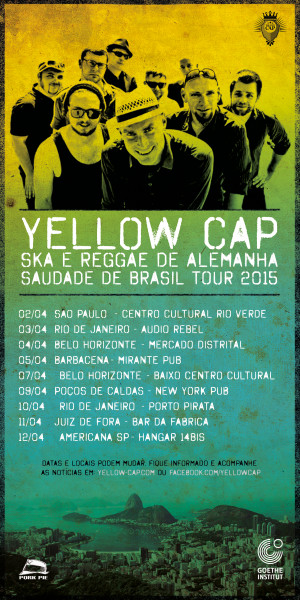 What kinds of venues and events will you be playing at?
We played in different kinds of events, we played on some Ska festivals, for example: Carnaska in Sao Paulo, Skandalosa in Campinas and ABC Ska Fest in Sao Paulo. We played clubs and we played on the public stages of the carneval, which is an experience you can not compare with anything you heard about the carneval…

Any major differences between touring in Germany and touring in Brazil?
The weather 🙂

What were the audiences like, compared to audiences you know from Europe?
We noticed that the Brazilians are more into dancing. If they like the music, they dance, no matter when and where. We loved that!

Which Brazilian bands did you get to know?
Among others we played together with the OBMJ, the Orquestra Brasileira de Musica Jamaicana and the Pequena Morte, both are great bands, check them out!

What were some memories (apart from the shows) you took home with you?
Well, there are also tons of them 🙂 and everyone in the band had their own experiences. We spent some days at the Atlantic Ocean surrounded by white sand and green jungle, a real paradise kind of place. That was also the place, where our trumpet player broke his leg on the first tour and we had to continue without him. That was a hard time and our singer, who that took care of everything with the hospital, missed the next gig, so we were playing a show without trumpet player and without singer. It was an …. experience 🙂

How did the first Brazil tour affect the atmosphere in the band?
It affected all of us very positive. It made us all getting closer to each other, especially when the accident with our trumpet player happened and the ambulance picked him up and brought him to a „tropical hospital“ and when we played the show after that, with our guitarist, our keyboarder and me (drummer) trying to replace our singer… And we took a lot of the relaxed attitude and positivity.
Of course we noticed also the great difference between the very rich and the very poor, wich was scary! It made me think about my own situation and it made me be thankful for the situation I am in.

Any mistakes from the first tour you want to avoid this time?
There are several kinds of Cachassa and we made several experiences with it. And some of them were mistakes 🙂

Do you change your set for the Latin American audiences, compared to your shows in Europe?
No, not really. This time we included a little Brazilian piece of music in our intro. It ?s called „Brazil“
and we play it in a traditional ska groove as a declaration of love 🙂

What would you recommend other bands who like to organize a tour in a foreign, far away country?
One of the experiences I made is: There are great people, loving cool music all over the world. It will take a while and it ?s a lot of work, but just try to connect with someone there via Facebook or whatever, be patient and make it happen. It ?s not impossible! And there are ways to get support. Our 2015 Brazil tour is supported by the „Goethe Institut“, wich we are very thankful for!!!

You released the album „Pleasure“ in early 2014. What’s up next for Yellow Cap?
We recorded a few shows and thinking about releasing a live album. We also have a lot of ideas, so a studio album would be cool, too… To be honest, 9 people, nine opinions, we’re still discussing 🙂
Thank you for interviewing us !