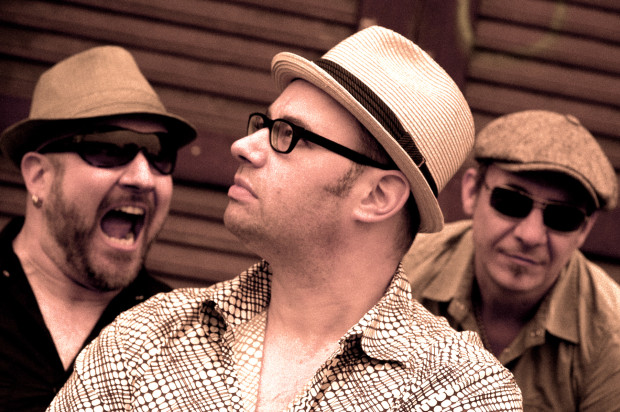 To cut a long story short: With the release of „Hier und Jetzt Oder Nie“, German ska heroes El Bosso & Die Ping Pongs are on the road to success. You can call it their most accomplished release to date.

The band from Muenster (Germany) gained pioneering status in the late 1980s for combining 2Tone ska with German lyrics. After the band’s break-up in the 1990s, their trombonist went international, Prof. Richie sen. became Dr. Ring Ding, and started out on an exceptional journey through sounds and styles. But that’s another story.

When the first, rare El Bosso & Die Ping Pongs reunion shows were celebrated, which was about 2003, the old fun was there again. And that was cool. The band could have left it at that. New music wasn’t expected by the fans. But it came with the release „Tag Vor dem Abgrund.“ 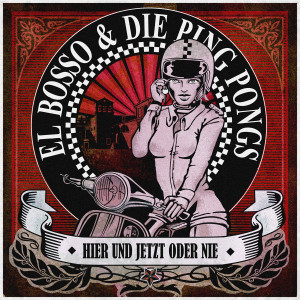 The comeback album showed how music making had changed in the course of a generation. Instead of rocking it out collectively in the most obscure ways in endless rehearsal sessions, the roles were clearly defined as follows. Guitarist Marcus „Skacus“ Diekmann wrote nearly all the music including lyrics and sent them to the musicians. He also supervised the recordings, which made it easy for other players like singer El Bosso and Richie to come by and lay down their parts.

While „Tag vor dem Abgrund“ was a well-done, high-class record, that’s only one way to look at it. More importantly, I think, it was the preparation for the big move what followed.

During the tours promoting the album, „Skacus“ must have been inspired deeply every night, by the way singer El Bosso, Richie and the rest of the band had developed as entertainers and players, and by the way the audience reacted to the old and new stuff.

To call the writing process to the new songs „rapid“ would be a vast understatement. Only two years and some change after the release of „Tag Vor Dem Abgrund“, the new album hit the stores.

„Hier Und Jetzt Oder Nie“ features a dense collection of uplifting songs between Ska (from Jamaican to Third Wave), Punk and New Wave. Perfectly suited as the soundtrack for a wild party, or for a ride in the car after work.

And it’s proof to the fact that it is possible to make a great band record, even if you don’t see each other a lot. The arrangements are on point, and the whole sound is much more organic than you would expect from a record with this modus operandi.

A remarkable focus was put on call and response vocals that are also well-received when the band plays live. There is obviously a strong bond between Skacus, the writer, and El Bosso, the singer, because otherwise the vocals wouldn’t come as credible.

Looking at it from a Reggae Steady Ska music angle, I, of course, welcome the focus on ska on this album that wasn’t there as much on the predecessor. The way this ska sounds, I wouldn’t be surprised if it got a decent amount of airplay.

A limited edition of the cd „Hier und Jetzt Oder Nie“ in a digipak with 4-colour booklet is available, celebrating the 25th anniversary of the bands label Pork Pie Records. The vinyl edition comes from RING OF FIRE RECORDS.