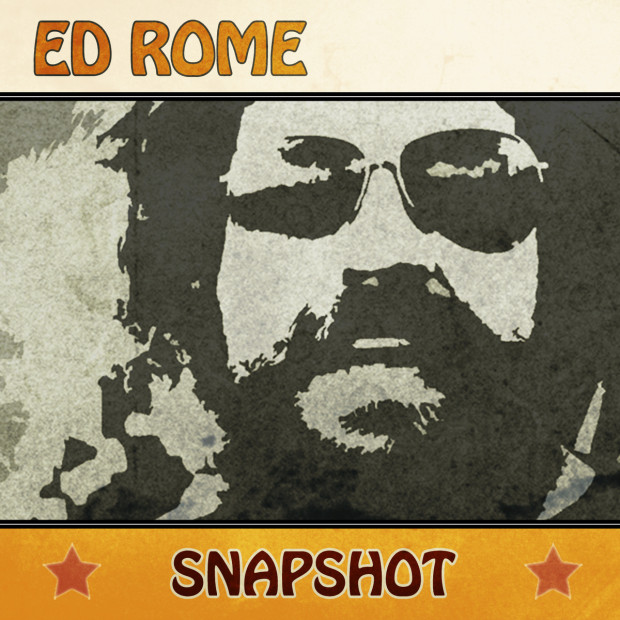 What’s the fuzz about?

It’s still a mystery to me, how this outstanding and prolific singer/songwriter/producer could have escaped me for so long. Why is Ed Rome not signed to a major label and touring big venues internationally? Let’s take it as a good sign that the next great discovery might wait just behind the corner. Okay, I knew the name Ed Rome, was aware that he played at the London International Ska Festival once. But I didn’t know his raw voice, the fantastic productions, his whole vibe.
Ed learned his trade in the band The Big (releasing 4 albums that I have to look out for from now on), worked as a sideman for 2Tone legends, and went on to produce in different musical styles. Now, in the conservative musical environment that we call Ska (& Early Reggae), Ed Rome knows all the tricks on how to make a tune sound just right the old-school way, and is still able to inject some individual twists into it, some chord progression you wouldn’t expect, or a break in which the usually muted guitars get more space; or a change of beat. The layers of rhythm section, the organ, horns, the noisy guitars all come together in timeless style. Making me want to hit repeat again and again.

What do I not understand?

I have no idea what he is saying in most of his lyrics. But that seems to be okay with Ed, if I got his remarks in an interview with Nate Taiapa correctly, where he said that lyrics are not a major concern of his. But most of all, I don’t get why is he not doing headlining shows at festivals in Europe.

Who will dig it?

Those who love old-school Reggae and Ska mustn’t miss this gem. It doesn’t get much better than with „Snapshot.“ It’s good to know that he gets good support from BBC Radio DJs Steve Lamacq, Don Letts and David Rodigan. Which is amazing, given that his album is self-released.

How to get it?

Do yourself a favor, go to edrome.co.uk and purchase the cd. For the digital release go to bandcamp.com. You will love it.

I can only recommend the interview that Nate Taiapa did with Ed Rome for his Go Feet Radio show.

What do you think about „Snapshot“? Let me know in the comments.