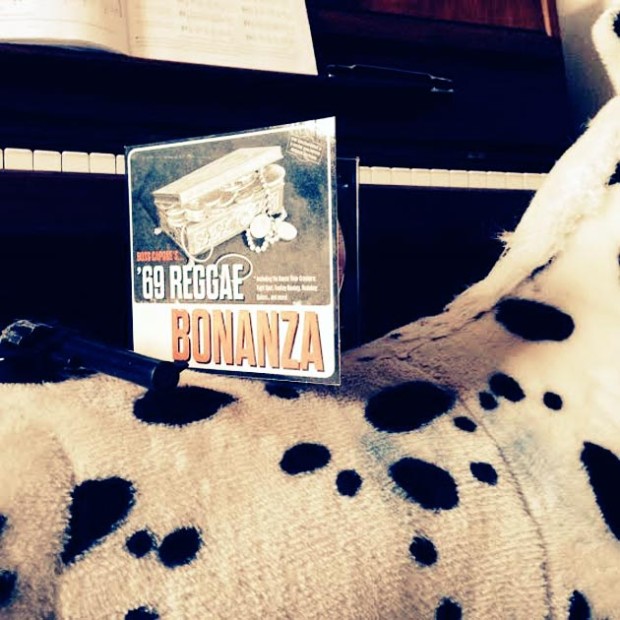 So Many projects, So Little Time

The Dutch prodigy of early reggae is back with a new masterpiece, less than two years after his solo debut „Another 15 Dance Floor Crashers.“ It may take other acts a few years to even come up with enough decent new songs for an album, Boss Van Trigt doesn’t seem to know these issues. In 2014 he already wrote and published an album with his main act The Upsessions, toured with that band, toured with Boss Capone, … and toured with his live project Judge Dread Memorial.

Back in Amsterdam in autumn 2014, alone in his flat, Boss van Trigt a.k.a. Boss Capone went down to the business of recreating the vibe of Jamaica in the late 1960s and early 1970s in a new song collection. Not that it sounds like business. When it comes to making music, the Boss sure knows how to play, like children do. You hear that in the little details of the vocal arrangements, the organ licks, his spoken interludes. As a singer he effortlessly slips into different roles that may sound familiar to you if you have some Studio One records at home. Not taking himself too seriously, he is by far no puritan who dedicates his time to making it sound exactly like the old-school Jamaican records. Quite similar is enough, the vibe is what counts.

As the title „’69 Reggae Bonanza“ indicates, there is an overlaying topic this time. Boss Capone plays cowboy (without the indians). Western movies and their music have always been big in Jamaica and reflected in ska and reggae. Now we hear about gunslingers like „Jessy Fox“ or „Tommygun“.

Yet there is still room for the Boss’ trademark (presumably) self-ironic sexual overtones, the hyperbole. The tunes come so natural, so easy that you just like to have them as friends who come over and stay around.

If only more grown-up artists were able to play as well as the Boss does, maybe the world would be a better place – it would definitely be a place with much more great music.