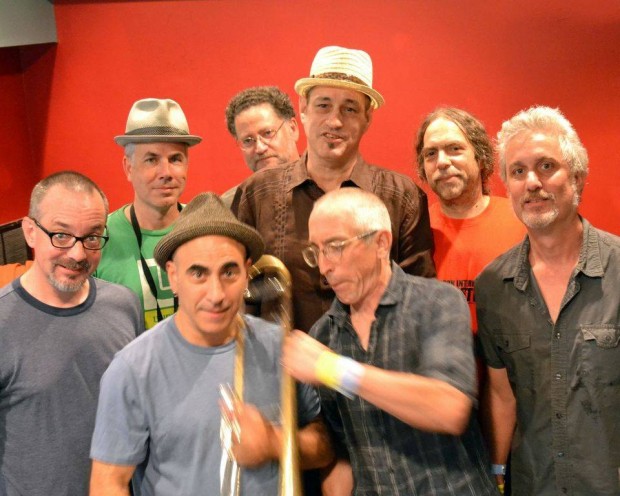 Reggae Steady Ska is very pleased to present the Freedom Sounds Festival in Cologne, Germany. After its first installment, also presented by us, was a massive success, next year’s festival has been upgraded to two days, 2nd and 3rd May 2014. In the two preceding weeks, there will also be a short film festival presenting some of the best Ska- and Reggae-related films at a local cinema in Cologne. Details will be revealed here in the next months, but today it’s time for the first band to be announced.

We are really excited to reveal that BIM SKALA BIM will play at Freedom Sounds 2014 – and a little proud, too, because it was our interview with front man Dan Vitale that led to plans for a European tour.

Together with The Toasters, Bim Skala Bim was the first and most important band kickstarting the so-called Third Wave of Ska in the 1980s. Formed in 1983, Bim’s infectious “Boston Blue Beat”, a mix of upbeat 2 Tone Ska, Rock’n’Roll and a pinch of Calypso, soon found many fans.

Other bands quickly followed their example, resulting in a lively scene in Boston and the New England area. Bim Skala Bim’s role in giving birth to this scene is vital. On their own label, BiB Records, they started releasing a series of “Mash It Up!”- and later “Mashing up The Nation”-compilations giving other bands the opportunity to release their music for the first time.

Among the bands that were supported, inspired and helped by Bim Skala Bim are The Mighty Mighty Bosstones, Jaya The Cat, The Allstonians, Skavoovie & The Epitones, The Void Union or Big D & The Kids Table. Two of the most fervent Bim followers were Ken Casey and Mike McColgan. As Dan recalls, it was the day when he played at Ken’s wedding with his other band, Steady Earnest, that they told him they would start their own band, The Dropkick Murphys. A few years later, in 1997, Bim Skala Bim, The Dropkick Murphys and The Bosstones emerged on a 50-date “Boston On The Road”-Tour through the States.

The impact of “The Best U.S. Ska Band” (New Musical Express) on the emergence of the global Ska scene cannot be overestimated. When Bim Skala Bim started, hardly anybody played Ska, especially not in America. The Third Wave Movement they kicked off resulted in Ska sweeping into all corners of the planet. Today almost every country in the world has its own scene. Yet some of the most interesting and popular bands have come States, too: Hepcat, The Slackers, The Aggrolites. Bim Skala Bim themselves released seven very well-acclaimed albums until 2000. After that, family and job obligations meant that the band had to go on a hiatus.

Now the kids seem to have flown the nests and Bim Skala Bim are back. They have just finished recording a brand new album, Chet’s Last Call. It has the unmistakeable sound of their Boston Blue Beat, which is maybe not that surprising considering that all original members are involved. And they will take this new baby to Europe next spring.

The show at Freedom Sounds Festival will be the finale of their European tour. Anyone who has ever been at a Bim show, knows that a massive, sweat-drenched party is to be expected. If you have never seen the band live, here is your chance.