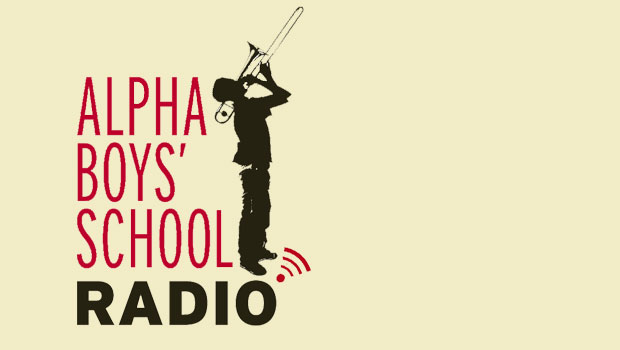 Most ska fans around the world know about Alpha Boys School. It’s where many of the inventors of this music learned their trade in the 1950s and 60s. But did you know that the school is still going strong? And that there is a radio station focussing on tunes made by old and new students. Rob Connelly from Alpha Boys School Radio told us the details. Read to learn more …

RSS: What kind of audience are you targeting? Is there an audience for Ska and old school Reggae in Jamaica nowadays?

Rob Connelly: Yes, of course. There is an audience for ska and classic reggae, but also for jazz, dub and rockers reggae. Alpha Boys School Radio tries to do two things very well for its audience: showcase the innovative history of Jamaican popular music from its foundation, and the never ending commitment of the youth of Jamaica to carry on that tradition. So the audience for Alpha Boys School Radio is anyone around the world, young or old, who may, or may not, have a connection with the history of ska, rocksteady and reggae music, but appreciates Jamaican culture or wants to learn more about it.

RSS: One of the aims is obviously to help raise awareness for the rich musical history of the school (and the whole country). Are there any first signs of success?

Rob Connelly: Many, and its thanks to the amazing support of today’s current reggae & ska musicians around the world who are leading the way in building international awareness for Alpha Boys School and its musical history. This includes Sean Paul and Diplo from today’s contemporary musical culture as well as foundation entertainers such as Yellowman (who is from Alpha, of course), Toots Hibbert, Third World, UB40 and the Selecter, who have been so helpful in spreading the word. Their support is quite humbling. 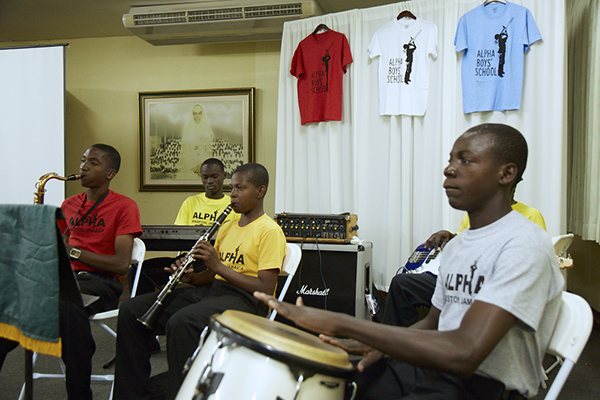 RSS: Another aim is to raise money for the school. How will ABS Radio generate funds and what do you plan to do with the money?

Rob Connelly: This is the coolest part.  Alpha Boys School Radio is the perfect public private partnership. 40% of all advertising revenue on the channel goes to the school itself to cover expenses for instruments, food and general operating costs – in short whatever the school needs.  The remaining money is used to operate the radio station, source studio equipment, provide training in radio, music production and computer skills. These are the new cutting edge skills in today’s world and Alpha Boys School Radio will help train young men in the art of multimedia, social media, promotion and production.

RSS: Alpha is a school for boys. There are few women who have succeeded as artists and virtually no female instrumentalists from Jamaica I am aware of. Are there any plans to offer similar opportunities to girls?

Rob Connelly: Alpha would love to offer music education to everyone in the community. Unfortunately, the school is restricted by financial constraints. We should note that next door to Alpha Boys School is Alpha Academy, a public school also run by the Sisters of Mercy, and which boasts a very accomplished choir group.

RSS: Are all of the students sent there by court or can families also register their sons?

Rob Connelly: All the students at Alpha Boys School are determined by the family court system to be in need of protection and are assigned to Alpha by the Child Development Agency.

RSS: Are present day students of ABS aware of how popular the music that has come out of the school really is? Every serious Ska fan here in Germany has heard of it, for example.

Rob Connelly: It’s wonderful to know Germany knows the history. Making sure Alpha students are aware of their own history is very important to the entire Alpha community. Past boys who made names for themselves and the school, regularly visit and current boys are regularly introduced to those who came before.

RSS: Is the program purely music or are there other components?

Rob Connelly: As far as the radio station goes, it’s always about the music. But this means not only engaging with people worldwide but also engaging students at Alpha in current techniques of music and radio production, computer skills, and all of the things that bands do today like dealing with social media, Soundcloud, Spotify, digital distribution, graphic design, multi media and more.

RSS: Will the music only consist of music by former students? Will present students record music that will be broadcasted on ABS Radio?

Rob Connelly: Yes to both of those questions. It is, in short, a museum that you are travelling to when you tune in. Our job is to provide a proper musical setting that is specifically “all Alpha, all the time”. Recent graduates have worked with Jimmy Cliff, Beres Hammond, Nommadz and Ska Rebirth, which will form a part of the station. And current students started recording brand new music at Tuff Gong earlier this year and we’re excited to let Alpha Boys School Radio listeners hear it first.

RSS: What exactly is your role and how did you become involved with the project? 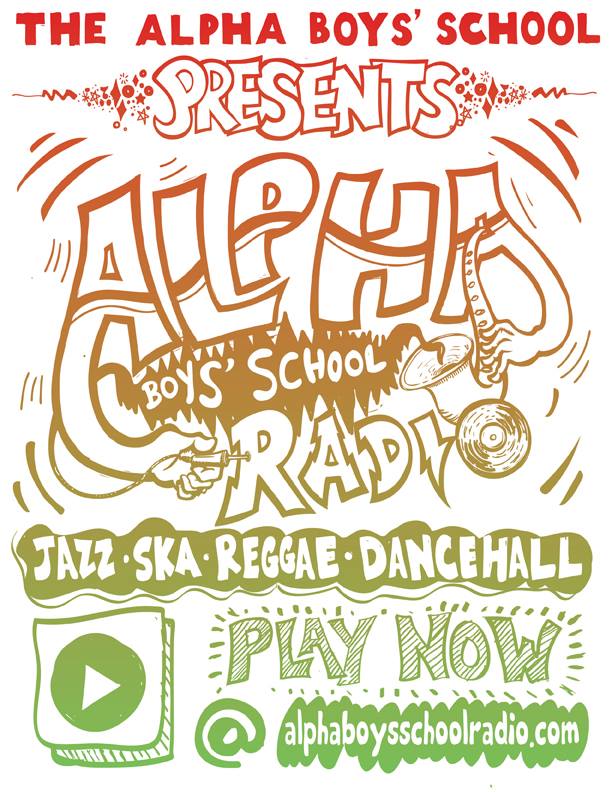 Rob Connelly: My job is to create a stable broadcast foundation, including the systems to deliver this great channel of music and history. We have an unbelievable team – both from the outset and in terms of what we have been able to organize in the last month. The founder, Michael Wadleigh, is the director of the film “Woodstock” and he, through his US non profit organization has donated the equipment and expertise. Joshua Chamberlain has been uniquely involved in the school’s development over the past year and is studying for a PhD in Jamaican pop culture at the University of the West Indies. Phil Hawken, is the former COO of ESL Music (Thievery Corporation) and Roger Fisk is a communications specialist and formerly the “head of advance” for two Obama Campaigns. Zeke Stern has spent years cataloging reggae music and I have spent 30 years in radio and television broadcasting in the US in many capacities, from construction to implementation of broadcast properties for both corporate and non-corporate clients. Because of life’s twists and turns we all know each other and radio is important to all of us. Alpha Boys School Radio is simply a collective, organic outcome of our individual experiences which speaks to the rich and incredibly influential platform for learning at Alpha Boys School.

RSS: Wow, there really is a lot experience behind the project. When and how did you first hear about Alpha Boys School?

Rob Connelly: I started getting into ska in the early 80’s with the Specials and the Beat. From there it was natural to get into reggae and then the Skatalites. It was then that I first heard about the school. Sometimes being a fan starts great things. I think Joshua had a similar experience. He first went to Alpha about ten years ago to write a story for a magazine. He stayed in touch with the school and the Sisters of Mercy who run it and here we are today.

RSS: What are your personal favourite ABS artists or records which were created by ABS alumni?

Rob Connelly: All of them!  But if I had to name favorites, “Eastern Standard Time” by The Skatalites (which was also a favorite of Sister Ignatius!), “Jah Jah Why” by Floyd Lloyd and pretty much all the Yellowman old school dance hall stuff.

You can now listen to Alpha Boys School Radio. Just go to alphaboysschoolradio and download your app for free.