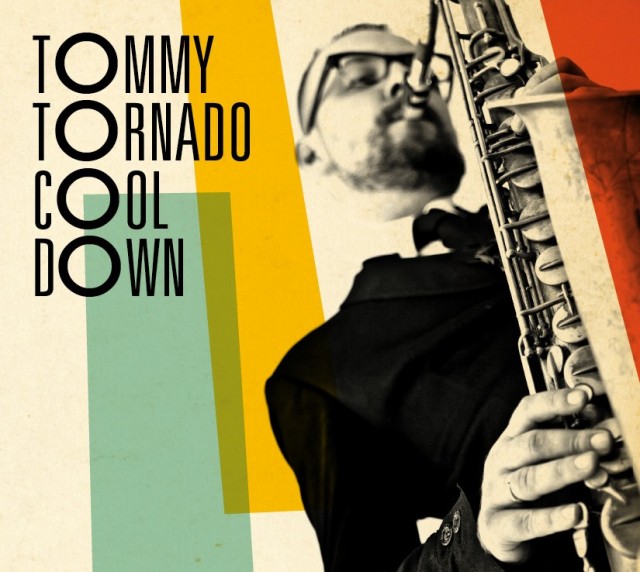 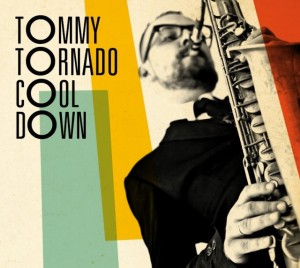 First let me admit this: I don’t know Tommy Tornado’s debut album (“Sunrise”, the forerunner to “Cool Down”). The solo record of the tenor saxophonist of a band (as brilliant as they may be) is usually not something I have been waiting for. Tommy Tornado hasn’t even caught my attention before. From his band Rude Rich & The High Notes (from Amsterdam) I only remember the fabulous lead singer, the smart second singer and percussionist and the drummer who also seems to be the boss. The next time I see Rude Rich & The High Notes, I will take a closer look at the man with the glasses.

Another reason for my hesitant stance towards his new record was the fact that it was sent to me by Pork Pie Records. It’s a label that stands for feisty uptempo Ska and jubilent jests and not for serious Instrumental Reggae. With last year’s release of Babylove & The Van Dangos’ “The Money & The Time” label chief Matzge hinted to the fact that he also had an open ear for more “elegant music”. But that could have been an accidental slip.

Thus more than a week passes until “Cool Down” finds its way into my player. But when it does all the skepticism is gone after the first bars. It turns out that “Cool Down” really is a cool thing. Made by someone who is a close with the Jamaican music tradition – and who doesn’t stop there.

From the rootsy opener “Marcus Garvey” with a lead guitar that beautifully counterpoints the warm brass section, across the heavily rolling “Rock Road” with Italian trombonist Mr. T-Bone as guest, to the easy finale “In This Time”, the music is filled with a stunning profoundness and airiness at the same time. It has a mellow texture of percussion, bass, drums, organ, piano, guitars and the three-piece brass section. Tommy Tornado leads the pack, but without self-display. His tone stays smooth, never becoming aggressive, or even obnoxious. More Lester Young than John Coltrane to name some other references than the obvious Roland Alphonso and Tommy McCook. Among the ten tunes are two to three more hits that for all love for the Jamaican tradition manage to come up with unexpected melodic turns. And the rest is also good as hell.

It’s obvious that all that can’t be achieved on your own. And Tommy needn’t. The rest of the High Notes back him on “Cool Down”. Their qualities are even known in Jamaica now. Old heroes like Rico, Derrick Morgan, Alton Ellis and many others have booked them as their backing band when touring Europe.

A mix tape from many years ago comes to my mind. I had put all my favourite Instrumental Reggae on it. I loved that tape, although I had no abundant record collection to choose from, only three albums that were any good: “Return Of The Big Guns” by The Skatalites, “Man From Wareika” by Rico and one from The Revolutionaries. Tunes from these three records went back to back on the mix tape. If I were to record such a tape again today, Tommy Tornado would be in the rotation.

What do you think about the record? Let me know in the comments.