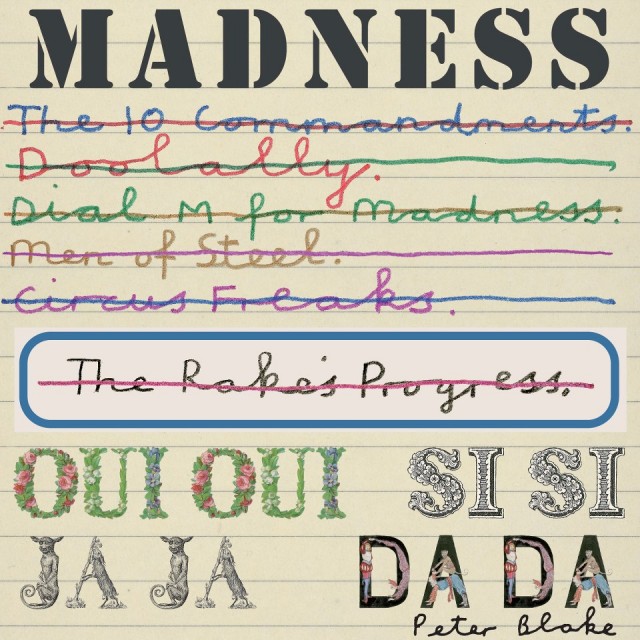 Having played on top of Buckingham Palace at the Queen’s Diamond Jubilee and on the back of a moving truck at the closing of the Olympics, Madness have finally become a national treasure in Britain. As this nutty year comes to an end, they return with their new album.

When Madness released their gorgeous “The Liberty of Norton Folgate” three years ago, Suggs told The Telegraph in an interview:

“I knew we had it in us to make one more really great Madness album – a London pop album, with real density, and quality. I thought, if I have to go back to making frozen food commercials afterwards, that’s fine, so long as we’ve done that record.”

Few would disagree that Norton Folgate is just that: a really great Madness album, maybe even their best one, so luckily Suggs has not returned to doing fishy TV ads.

Chicken nuggets and fish fingers aside, the question remains:

Having already delivered their masterpiece, is there any way Madness can not disappoint everybody?

“Oui Oui, Si Si, Ja Ja, Da Da”, is the answer. The unusual title already indicates that the , middle-aged men from Camden Town did not play it safe. In the light of many Britons’ wariness when it comes to foreign languages, this title and the accompanying artwork by Sir Peter Blake (of Sgt. Peppers’ fame) surely puzzled a few people.

When you put the record on, you are in for more surprises: Mariachi trumpets (La Luna), Disco beats (Never Knew Your Name), sleazy lyrics (Kitchen Floor), the absence of Bedders on bass or the Langer/Winstanley production team… Have they finally lost their minds?

It’s hard to lose your mind when you are mad, so despite of all the little twists and tricks, “Oui Oui” is still quintessentially classic Madness stuff. We won’t be fooled that easily: La Luna sounds as Mexican as Night Boat To Cairo was Egyptian folk music. Madness can probably even play Beethoven (hold on, they actually do here) and still sound like Madness. The rumbling beat, the fairground organ, Lee Thompson’s sax, it’s all alive and doing the nutty walk.

What makes the album great is that it revisits nearly all the different periods in the band’s history: “Misery” (loves company/that’s what the wise man said) sounds like a cover version of a lost Prince Buster number and would easily have fit on their debut. The elaborate string arrangements on a lot of tracks are reminiscent of “The Rise and Fall” album. Leon could have been a single taken from “Keep Moving” and so on.

In addition to that, Madness celebrate their own influences. We get excursions into Northern Soul on “How Can I Tell You” and especially “My Girl 2”, with more than one nod to Gloria Jones’ “Tainted Love”. “Kitchen Floor” with its funky organ/guitar and PG-rated lyrics remembers Ian Dury, while “Leon” almost transforms into “Lucy (in the Sky)” towards the end.

Most importantly, the band’s gift of creating catchy melodies with ironical and serious lyrics is more intact than ever. If we still lived in the age of the 7 inch single, there would be a lot to choose from here.

How many artists do you know who have been around for more than 30 years and still deliver music on par with the best of their early work?

Oui Oui, Si Si, Ja Ja, Da Da is a welcome reminder of just how good British pop can be, of the times of XTC and Squeeze, The Specials and Elvis Costello’s Attractions and, of course, The Beatles and The Kinks. It proves Suggs wrong: Madness had more than just one really great album left in them.