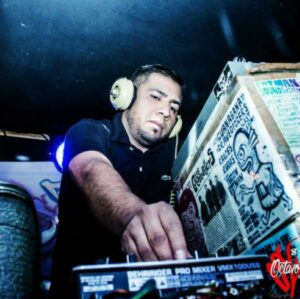 1. Jim Murple Memorial – 4
The French band focused on Afro-Caribbean & American rhythms for more than 25 years they have more than a dozen singles and albums in their bag,they finally released their new album on the spring of 2020 titled 4, giving us 16 magnificent melodies, enjoyable from beginning to end,without a doubt an album that you cannot leave behind
Recommendable songs.
Where is my cat, Come on Home, Funnel of Love.

2. The Oldians Roots “n” Soul
It is the Seventh Album of the Spanish band, under the leadership of Mr. Javier Garcia, they delight us once more with 12 original compositions of Ska and Reggae with a touch of Jazz. The Oldians continue to surprise us with each production for their exceptional quality & originality. Recommendable songs from the album, The Root, Oh What a Day, Reaction.

3. The Rude Pressures – Local
A wait of a decade to enjoy their sixth musical production from the Japanese band, on this title they include some singles that they had released in the past years, just what we expected, Heavyweight Ska Instrumentals as well, top calypso & Reggae chunes.Recomended songs for the hardcore ska fans, Pa-Na-Pa, Frank Sinatra, The Sky is Crying, Bad Moon Rising.

4. Alpheus – Victory
Bring Back the Old school ska & reggae, I had the opportunity to meet him at Ska Wars 2019 in Mexico City and had a brief talk about the awaited album, also got to hear some previews of the album, it sincerely exceeds my expectations, by the way it’s the fourth production alongside the good Roberto Sanchez, Alpheus is a truly committed person to keep the scene & Jamaican music alive, well done.
Recommended songs Rudies, Gonna be Good, Valiant, Family Fruit.

5. Top Shotta Band – Spread Love
It is a group of 10 members under the support of Scratchy Dan and several important musicians of the Ska New York scene, they just deserve to be in this top 5, The album brings us successful intimate environments with a recording performed practically live, in the studio with a single mic and recorded on analog tape just as like the legendary studios in Jamaica.
Favorite melodies from the album, King of the Roots, No Regrets, Top Shotta Mento.

The top leader source of ska in latín america. 2toneroom crew celebrated 18 years the past year, so we decided to make a complete makeover, starting from our new home page to awesome app available for android users for now, it’s downloadable from the playstore.

We did it with a lot of effort to make it happen, and pleased our faithful followers and new , keeping the Jamaican music live on this side of the planet .

It is a pleasure to participate for the second consecutive year, thank you for the invitation.

2020 was a year that marked us in all aspects, a year that we will not forget, but on the positive side, we had a lot of free time to fill our lives with a lot of music. I want to give thanks to all the musicians around the world for cheering up.