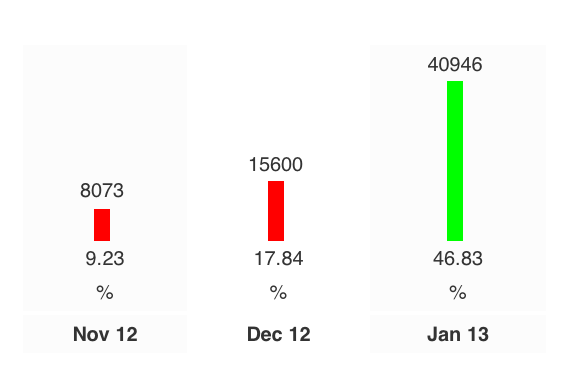 If you look at the numbers, there is not much to argue about the Album Of The Year 2012 poll at reggae-steady-ska.com. 9.600 Facebook likes, 369 Retweets, tons of comments. Nearly 8000 voters. We had expected to create some buzz, but that much?

Only if you take a closer look, the flaws become visible. Welcoming new visitors at the website was one of our goals, but we wanted more. You remember our claim? “REGGAE STEADY SKA – helps you find the best Ska music around the world“. We could have done better in that respect. Many times it was just one click supporting the voter’s favourite band– and goodbye.

Let’s rewind to the beginning of 2012. That’s when I had a conversation via email with Chuck Wren of Jump Up Records, concerning the Best Album 2011 poll (still at the blog joescholes.com). He basically said that he didn’t like polls in general and my poll in particular, because they only showed how many Facebook friends a band had.

As well as I understood his point of view, I also wanted to prove him wrong with the „Album Of The Year 2012“ poll. The plan was to attract Ska fans voting for their band, AND in the process to make them take away another thing. The idea was to leave them with an overview of what happened in Ska that year.

To do that, I had a few ideas.
1. Allow three votes instead of one
2. Provide additional content on all the bands on the shortlist (like in-depth reviews, youtube playlists etc.
3. Create ways to guide the voters to content of other bands before the voting.

Let’s go through these points to let you know about the original plan, the failures and some ideas for 2013.

1. Number Of Votes
The old plan – Technically it’s easy. You only need to set up the function in the poll software, which we did.
The mistake – In the poll question I did not explicitly ask for THREE votes. Maybe it wasn’t clear enough.
The new plan – Repeat it as often as possible: Please vote THREE albums. Repeat that in advance in a podcast, in a video, in an article. Maybe even make three votes comprehensive, if the software allows that.

2. Additional Content
The old plan – Throughout 2012 a list post with all the new Ska albums was constantly updated at reggae-steady-ska.com. Links for further information were added as well, to Amazon and to articles on the website. I wrote in-depth texts on some of the albums
The mistake – I simply didn’t get around to do more of the necessary work, to write more, to add youtube-links etc.
The new plan – In 2013 I will ask for help writing articles about the albums. You will hear about it.

3. Guidance
The old plan – Not much really. We relied on the expectation that once the voters came and learned about this cool new site they would take their chance and explore it further.
The mistake – We didn’t highlight the additional content enough. Which had to do with number point 2. Since we were not confident in the content we had created, we didn’t make a big effort to guide to it.
The new plan – We don’t want to make voting more difficult. It’s just about highlighting the opportunity to get deeper into the matter. It’s about inviting the voters to check ALL the releases from that year before voting their favourites. First, we will do the homework, and then think about ways of creating an atmosphere that makes the voters WANT to check more albums than they already know. There will probably still be the opportunity to vote on the fast lane.

Having a look at the statistics after the poll, it was easy to see that most visitors only went to the poll and then left. Fair enough. The “highly entertaining video trailer” (self-quote from marketing sheet), in which I impersonated some of the acts on the shortlist, didn’t get tons of views. And the list post with all the releases from 2012, which was planned to function as an anchor text, attracted about 600 or so clicks between December 28th and January 6th 2013, which is not much when you have more than 8.000 voters.

All is not lost. The good news is that we made some friends, many Ska fans allowed us to keep in touch. They either now follow us on Facebook (numbers went up from 145 to more than 600) or Twitter (from 21 to more than 120), or (which I like best) they signed up for our newsletter. Either way gives us a lot of opportunities to provide value and stay close. So, we have a chance to make it better in 2013.

Speaking of the newsletter

If you want to make sure you don’t miss the good stuff, please sign up for the free newsletter. We will do our best to make reading and participating fun things to do. Plus, there is a very cool Give Away coming later this month. Some fine releases from 2012 are looking for a very lucky new owner. Just sign up and check your inbox.

There are a few more things for the REGGAE STEADY SKA staff to be taken away from the Album Of The Year 2012 poll. I am counting three at the moment.

First – Release the pressure. Hasn’t it gotten heated towards the end of the poll? Hell yeah. We sure liked the buzz. But when mails reached us in which participants were being accused of cheating, the fun turned into something less than that. The thing is, we can’t prevent neither cheatings nor accusations one hundred percent. What we can and will do is open up the situation by asking a smaller list of experts about their favourite albums from the year. We will then identify an “Album Of The Year” from that list, too. The next time we will present an “Album Of The Year (Public Choice), and an “Album Of The Year (Editorial Choice).

Second – Prepare more thoroughly. To be honest, it was no big achievement to land on the shortlist to the “Album Of The Year 2012” poll at REGGAE STEADY SKA. All you had to do was release an album in our musical style and take for granted RSS hear about it. In most cases we would then take care of the rest – unfortunately not in all cases. After the poll had already started, a lot of messages reached us with requests of additions to the list. Kevin Flowerdew (of Do The Dog label and magazine) wrote: “I can’t vote until The Skints are on the list.” We had simply forgotten the album and it was added of course. I think in the end our shortlist had become longer by more than ten albums, including the two that landed on the top spots. Which is at least not good enough, or rather embarrassing.

Third – Stop the darn thing manually. As I said, I am no poll rookie. It was my forth time as host to a Album Of The Year poll. The first three were held at my blog joescholes.com. But the race has never been as close as in 2012. We were caught off guard by the dynamics. When I set the deadline to the poll I didn’t care to publish the exact time. I just said January 6th 2013. What I meant was January 6th 2013, 23.59 C.E.T.. The C.E.T. stands for Central European Time, because our site is situated in Central Europe.

In the course of Sunday 6th, I was asked for the exact time of deadline by the guys of Pannonia Allstars Ska Orchestra. I told them, 23:59 C.E.T. And I was sure that was the case. What I didn’t see was that while the software stopped the poll in Europe, it was still possible to vote from America. And if that wasn’t strange enough, in the early morning hours of January 7th  (C.E.T.) more than 500 votes were cast on behalf of Vieja Skina from Peru which would have led them to the pole position. The band and their fans already started to celebrate their victory when I had to tell them that we couldn’t count the last votes and they had to be content with their second position. It was a hard decision, but I can’t see any better. I apologize for any inconvenience.

If you have any more ideas, how to make the Album Of The Year 2013 poll at reggae-steady-ska.com even better, we’d love to hear them. Thanks.