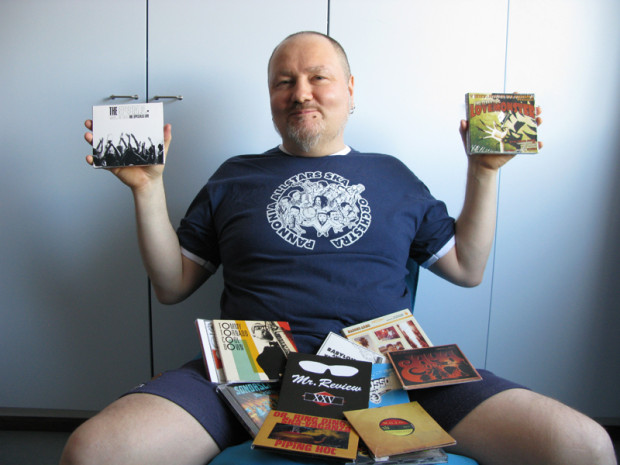 The pic you see above was sent to us quite some time ago. We just didn’t get around to publish it earlier.

For those who have forgotten in the meantime what this is about. In the course of our highly dramatic “Album Of The Year 2012” polls that were held at REGGAE STEADY SKA in early 2013, we received quite a lot of fantastic albums from labels throughout the world.

As a thank you to our loyal email subscribers, we decided to ask who would like to have whole bunch. Among those that told us they were interested, we drew a number and had the winner: Raato from Turku in Finland. Thanks a ton to Raato for sending us a pic after receiving the albums.

If you haven’t been lucky the last time, maybe it will it work out this year. We are definitely into repeating the give away with the albums from 2013. For a chance to win, just sign up for our newsletter with useful information for Ska fans. We will definitely not share your email address with anyone. Promised.